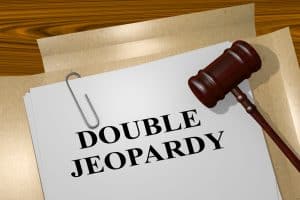 Double jeopardy rights are enshrined in the Fifth Amendment to the United States Constitution: No person shall be “subject for the same offense to be twice put in jeopardy of life or limb.” As a Fairfax County, Virginia, criminal defense lawyer, I have long known that the separate sovereigns doctrine provides no double jeopardy limits against subsequent or simultaneous state level and federal level prosecutions for the same criminal act, in that the Supreme Court does not see a prosecution in the federal and state court for the same act as involving the “same offense”. Gamble v. United States, ___ U.S. ___ (June 17, 2019).

Because of the separate sovereigns doctrine, a criminal defense lawyer needs to advise his or her client of the limits of double jeopardy protection and risks of being prosecuted both in state and federal court. That is less likely in misdemeanor cases and more likely where a major drug or drug-related case is prosecuted first in state court, as a for instance. While federal prosecutors generally might be seen as preferring state-level prosecutions (where both federal and state law apply to the allegedly criminal act) rather than federal prosecutions for relatively smaller level felonies, each United States Attorney’s office has the option to deviate from that approach.

A criminal defense lawyer and his or her client need to discuss the risks and advantages of talking to both the state and-federal level prosecutors — or not — to seek a plea deal that assures only a  prosecution either at the state or federal levels, because the Constitution’s Double Jeopardy right does not extend to the separate sovereigns doctrine. Sometimes it is better to keep matters out of sight / out of mind under such circumstances. Sometimes it is better to to approach the state and federal prosecutors on the manner.

Fairfax criminal lawyer Jonathan L. Katz fights for your best possible results against felony, misdemeanor, and DUI cases in Virginia. To discuss your case with Jon Katz, please call his staff at 703-383-1100.