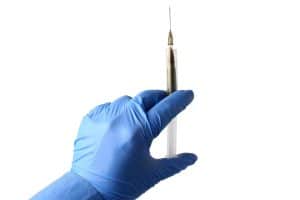 Drug death happens too often from overdosing on illegal drugs. As a Fairfax criminal lawyer, I know that opioids often are the culprit in such deaths, not helped at all by physicians who overprescribe Oxycodone, then deny addicted patients’ frantic requests to accelerate the Oxy refill and to increase the dosage, then seeing the patient turn to purchasing heroin, Fentanyl and other unlawfully sold opiates on the street. The person who sells, provides or administers illegal drugs to a person who suffers a drug death from that dosage sometimes can be at risk of a Virginia homicide prosecution, at least for involuntary manslaughter.

Will a Virginia jury or judge sentence more harshly for Fentanyl than heroin? That is a real risk.

Lack of drug purity is a big risk from using illegal drugs. People thinking they are buying heroin — which is dangerous enough as is — risk that the even more deadly Fentanyl will have been mixed (too common a practice) into their purchase. Because the person selling heroin to the consumer may be low on the distribution chain, the seller may not even know whether Fentanyl is mixed into the opiate product being sold, which makes it all the more drug death-dangerous to sell heroin, because Virginia sentencing judges and jurors can be expected to be even harsher with sentencing involving Fentanyl than with heroin due to the heightened deadliness of Fentanyl.

If I know that a drug death might result from a bad batch of illegal drugs, am I at risk of a homicide prosecution? Yes.

Many opioid addicts will engage in very risky behavior to obtain their drugs, even when knowing that drug death can result from such use because illegal drug purity is unknown. Many heroin and other opioid addicts will sell drugs and use a portion of their inventory for their own fix. Many will engage in prostitution, theft, burglary and even robbery. With all that risk-taking to achieve an opiate fix, the addict might not reflect at all about the chance of a homicide prosecution in the event someone dies from the drugs they sell.

In a county near my Fairfax home base, a man three years ago suffered a drug death from a $25 purchase of heroin, when both heroin and Fentanyl were found in his blood. As a result, Ms. F___ got prosecuted for murder, manslaughter and drug distribution, after police found her DNA on the opiate packaging and text messages between Ms. F___ and the decedent’s phones to finalize that transaction. Ms. F___’s Virginia criminal defense lawyer insisted that the seller was actually Ms. F___’s boyfriend, and that the boyfriend had been texting from Ms. F____’s cellphone. The prosecution’s theory of guilt in this drug death was that Ms. F__ knew that the same opioid batch had caused her boyfriend’s opioid overdose the day before, but that she nonetheless still sold the decedent heroin from that same batch.

What is involuntary manslaughter?

Involuntary manslaughter is unintended homicide that is the “direct result of negligence so great as to show a reckless disregard of human life.” The negligence “must have been criminal negligence, and it must have been ‘reckless or wanton and of such a character as to show disregard of the safety of others under circumstances likely to cause injury or death.” Darnell v. Virginia, 6 Va.App. 485, 487-488 and 492, 370 S.E.2d 717 (1988). Darnell reversed an involuntary manslaughter conviction where the jury was not clearly instructed of the foregoing high level of negligence and wantonness or recklessness that must be present to enable such a conviction. Involuntary manslaughter is defined by Virginia caselaw rather than by statute, and is a Class 5 felony punishable by up to ten years in prison — VA. Code § 18.2-36 –which is much less severe than up to life in prison for first degree murder and up to forty years in prison for second degree murder. Had a jury believed the prosecutor’s evidence about the drug death in her case, Ms. F___ may well have been convicted of voluntary manslaughter but probably not a more serious level of homicide.

What are the elements of voluntary manslaughter?

Just as with involuntary manslaughter — for which Ms. F__ pled guilty in relation to an opiate drug death — voluntary manslaughter is not defined in the Virginia Code. Instead, it is defined by caselaw that reaches back to the English common law, due to the Virginia Code’s provision that  the “common law of England, insofar as it is not repugnant to the principles of the Bill of Rights and Constitution of this Commonwealth, shall continue in full force within the same, and be the rule of decision, except as altered by the General Assembly.” Va. Code § 1-200.

Voluntary manslaughter — a Virginia Class 5 felony, pursuant to Va. Code § 18.2-35 — is a killing committed while in the sudden heat of passion upon reasonable provocation. Smith v. Virginia, 68 Va.App. 399 (2018). Smith’s concurrence is an important read as to the concept about whether “heat of passion” should be an affirmative defense rather than an element of the crime. Ms. F___, in her drug death case, likely would not have been convicted by a jury for voluntary manslaughter, where sudden heat of passion would have been absent.

Fairfax criminal lawyer Jonathan L. Katz is a battle-tested attorney with experience pursuing the best possible results for people charged with crimes running from the scale of seriousness of murder to drug sales and manufacturing to DUI and all other felony and misdemeanor prosecutions. Call 703-383-1100 for a free in-person meeting with Jon Katz about your court-pending case.