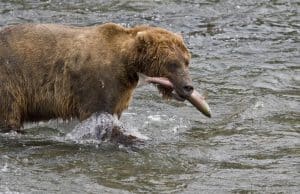 Virginia police should be expected to be on the lookout for DUI suspects for Labor Day weekend, says Fairfax criminal lawyers

Virginia police wisely anticipate a spike of people driving with beer, wine and alcohol in their bodies during Labor Day weekend. As a Fairfax criminal lawyer and Virginia DUI attorney, I know that the best way is to avoid getting behind the wheel of a car within twenty-four hours of consuming liquor or beer. What else can you do to avoid being arrested in the first place to avoid becoming a holiday weekend DUI arrestee and, worse, convicted for DWI? Is it essential to be so careful as to apply a 24-hour gap between drinking and driving? That might sound like an overly conservative suggestion that would not please bar and restaurant owners and their staffs. However, the harsh penalties and adverse reputational risks from a Virginia DWI conviction under Virginia Code  18.2-266 are high enough to make such caution worth it, particularly on this and other federal holiday weekends, when police can be expected to be on the lookout for DWI suspects like salivating bears waiting for their easy spawning salmon meals.

What do I do if Fairfax law enforcement or other Virginia police stop or investigate me for DUI or another alleged crime?

When Fairfax law enforcement or other Virginia police stop you, you have the opportunity to diffuse a potentially bad situation (in the event that law enforcement might find evidence of a Virginia DUI offense or other Virginia criminal offense), and to not offer police voluntary statements nor consent searches and field sobriety testing even if you are positive that you are innocent of any crime (and how do you know whether you have any organically-created alcohol in your stomach, whether a current or prior passenger has contraband on them or left it in your car, or whether you may have unknowingly tracked cocaine or other drugs into your car from the sidewalk?)

Should you answer Virginia police questions if an actual or possible crime suspect? Regular readers of this Fairfax criminal law blog know that I repeatedly warn against answering police questions when an actual or possible suspect of committing a Virginia crime. Your Fifth Amendment Constitutional right to remain silent with the police, and Fourth Amendment right not to consent to warrantless police searches is important not only if such law enforcement probing might turn up criminal evidence against you, but even if you are convinced you are not guilty of anything, because plenty of innocent / wrongfully-convicted people are languishing in prison.

How do I assert my right to remain silent when suspected of committing DUI or another Virginia crime?

Asserting your right to remain silent and to refuse searches and field sobriety testing (for Virginia DUI cases) is as simple as the power of “no” and “know”, as further spelled out in my top ten list for dealing with police and informational video. The sooner you review and practice how to say no  to Virginia police in a firmly diplomatic and polite way, and the sooner you know your rights with the police, not only will you be doing yourself a favor, but you will be providing the Fairfax and other commonwealth police with a disincentive to pursue you further if they recognize they have easier Virginia crime suspect pickings nearby once they finish with you.

What are the downsides of refusing field sobriety testing in Virginia DUI investigations?

DUI suspects have every right to decline field sobriety tests with Virginia police. While the judge and jury are permitted to draw adverse inferences they want from such FST refusal, I have already here provided the persuasion points for deflating any prosecutorial efforts to make hay over such refusal.

Even the most stone-sober people can botch field sobriety tests with Virginia police, which one judge aptly referenced as field athletic tests, which include walking a line heel to toe (who ever walks that way in real life?) and standing on one leg with the raised foot at least six inches off the ground (who ever measures that when standing on one leg, let alone that we have few reasons to stand on only one leg in life other than for leg strengthening exercises and for fighting arts).

Should I as a Fairfax DUI or Virginia DWI suspect blow into the handheld breath testing machine or the post-arrest breathalyzer machine?

A point of confusion can arise for Fairfax and other DUI suspects offered or asked by Virginia police to blow into two different machines, starting with the handheld preliminary breath test machine (PBT) on the street, and the less inaccurate Intox EC/IR II breath testing machine used post-arrest. You have the right to refuse the PBT — and would be foolish to blow into it unless your bloodstream is definitely free of any alcohol (and how to know that?) — and an obligation to submit to a post-arrest DWI police request or direction to submit to breath or blood testing. Post-arrest refusal for breath and blood testing can lead to a separate prosecution for refusal, which can be a headache that by itself suspends one’s driving upon a refusal conviction.

Do I have the right to consult with a lawyer before deciding whether to submit to field testing or blood alcohol testing in a Virginia DUI investigation?

Virginia police are not going to grant a request for a Fairfax or other DUI suspect to consult with a lawyer before deciding whether to do FSTs or to submit to blood alcohol testing. Nor are police in the commonwealth going to give DWI arrestees the choice between a breath or blood test for blood alcohol content (BAC). Moreover, when a Virginia DUI arrestee refuses to submit to a breath or blood test, police often will seek and obtain a search warrant to obtain a blood draw, and physical resistance to submitting to such a search warrant could lead to an additional criminal charge of obstruction of justice.

Through a July 22, 2020, announcement, the Fairfax prosecutor’s office joined the numerous other commonwealth prosecutor’s offices that let Virginia police get involved in prosecuting alleged misdemeanors, with prosecutors selecting only a limited universe of misdemeanor cases to get involved with. Virginia DUI cases are among that universe of misdemeanor cases that the Fairfax commonwealth’s attorney’s office prosecutes, which at once sometimes presents a better opportunity for negotiating such cases (where some judges are not going to accept police plea deal recommendations, to avoid police being in the role of practicing law without a license), but also a challenge of having an experienced advocate seeking a DWI conviction. This means that people facing jailable prosecutions are wisest to obtain a qualified lawyer to pursue a full-court defensive and offensive press for them against criminal charges.

How does Virginia’s updated ignition interlock device law benefit those convicted of DUI and reckless driving?

Those convicted of Virginia DUI on and after July 1, 2020, for a first offense with a convicted blood alcohol level not 0.15 or higher, the DWI defendant may opt to drive unrestricted for one year other than only doing so with the VASAP-approved installation and use of an ignition interlock device (IID), rather than the previously limit of restricted driving with the interlock for at least six months. Ironically or not, as Virginia police know, once a Virginia DWI charge gets amended to a wet reckless or other reckless driving conviction, the option is not available to drive other than restricted during any driving suspension period, which lasts from zero days to six months, either as agreed by the parties or as decided by the sentencing judge in the absence of any such agreement.

Should I hire a former prosecutor for Virginia DUI or criminal prosecution case? No; instead obtain the right lawyer for your defense

As I have discussed before, a great criminal defense lawyer often starts as a public defender lawyer or a prosecutor. A prosecutor-turned-criminal defense lawyer’s challenge is imperfectly akin to the challenge of whether an organ recipient’s body will reject the transplant. Some prosecutors are so rabidly anti-criminal defendant and pro-Virginia police that they will have a tough time making the transition, just as I would never have been able to stomach prosecuting anyone. I started my criminal defense career as a public defender lawyer for five years, which not only was very rewarding, but has helped me obtain just about any victory I have ever achieved in court.