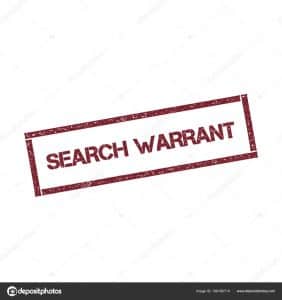 Warrants should be required even to draw blood from an unconscious DWI suspect, says Virginia DUI lawyer

Warrants to obtain blood for alcohol testing from DWI suspects was the default Fourth Amendment rule — absent the driver’s consent — until June 27, 2019, when the United States Supreme Court decided 5-4 that exigent circumstances exist for a warrantless blood draw whenever a DWI suspect is unconscious. Mitchell . Wisconsin (June 27, 2019).  As a Virginia DUI defense lawyer, I see Mitchell at best as circumscribing the reach of Birchfield and at worst as retreating from Birchfield.

As a Virginia DUI lawyer, I recognize the political strides made over the decades by Mothers Against Drunk Driving (MADD) in influencing legislation to overcriminalize and over-punish driving after consuming alcohol or drugs. However, it is not pretty to see the Supreme Court’s parroting back MADD’s playbook in this and other blood search warrants cases, including:

“To be sure, drunk driving poses significant dangers that Wisconsin and other States must be able to curb. But the question here is narrow: What must police do before ordering a blood draw of a person suspected of drunk driving who has become unconscious? Under the Fourth Amendment, the answer is clear: If there is time, get a warrant.” Michell (Sotomayor, J., dissenting).t

Fairfax, Virginia DUI lawyer calls out Mitchell warrants opinion for not recognizing that blood alcohol level rises before it dissipates

Mitchell’s four-justice plurality plus concurring Justice Thomas (asserting that search warrants  never should be required to draw blood in DWI cases) is misguided not to acknowledge that blood alcohol level rises before it dissipates, in asserting that “blood-alcohol evidence is always dissipating due to ‘natural metabolic processes.’”  Mitchell. In reality, one’s blood alcohol level first rises as the alcohol absorbs into the bloodstream, then plateaus, and then declines as alcohol in the body finally begins dissipating.

As hot button an issue as DUI and blood search warrants may be for the public and plenty of judges, DUI defense lawyers have no choice but to persuasively educate and frame the facts and law in DWI cases, which is the approach for all criminal defense advocacy.

Virginia DUI defense lawyer Jonathan L. Katz has successfully defended hundreds of DWI clients and taken hundreds of their cases to trial. To discuss your felony, misdemeanor, drug or DUI case with Jon Katz, please call his staff at 703-383-1100 to schedule a confidential conversation.