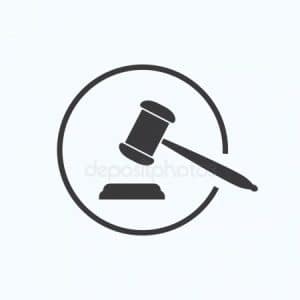 Probation violation and sentencing proceedings usually are not associated with juries (except in such places as a Virginia, where the jury in a Class 1 misdemeanor or felony case recommends any post-conviction sentence.). At the same time, as a Fairfax criminal lawyer I know that criminal defendants have a right to a jury to determine whether facts exist beyond a reasonable doubt to impose mandatory minimum sentencing or to exceed otherwise-existing statutory maximum incarceration length. Apprendi v. New Jersey, 530 U.S. 466 (2000); Alleyne v. United States, 570 U. S. 99 (2013).

Determining whether probation has been violated and will be revoked is a judicial rather than jury function. Gagnon v. Scarpelli, 411 U.S. 778 (1973). A review of Hammond‘s four-justice plurality opinion as narrowed by Justice Breyer’s concurring opinion supports the right to a jury trial when the probation revocation sentence is “more like punishment for a new offense.” Justice Breyer viewed Hammond’s probation violation (based on possessing child pornography while on federal probation for a child pornography possession conviction) as more like a punishment when considering that Hammond’s probation revocation was based on (1) committing discretely-specified new offense whereby the applicable federal probation revocation statute (2) “takes away the judge’s discretion to decide whether violation of a condition of supervised release should result in imprisonment and for how long” and (3) limits the judge’s discretion in a particular manner: by imposing a mandatory minimum term of imprisonment of “not less than 5 years.” Hammond. Here, in fact, the trial judge found repugnant that such a mandatory minimum applied where otherwise the judge added, he “probably would have sentenced in the range of two years or less.” Id.

Curiously, the Hammond probation violation plurality opinion is penned by remaining conservative Justice Gorsuch. While the Hammond plurality’s opening sentence is dicta, it is useful language to argue to overturn the Supreme Court’s long-held denial of a Constitutional jury trial right for petty offenses (usually meaning offenses jailable for not over six months): “Only a jury, acting on proof beyond a reasonable doubt, may take a person’s liberty. That promise stands as one of the Constitution’s most vital protections against arbitrary government.” Hammond.