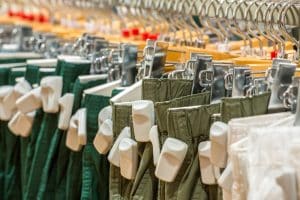 Prosecutors do not have the power to obtain more than one larceny convictions for one incident date. That authority rests with the trial judge in considering the totality of the circumstances. Pollard v. Virginia, Record No. 1137-18-2 (Va. App., June 18, 2019) (unpublished).

The Virginia caselaw for determining whether multiple theft convictions can arise from the same incident date is as follows:

The Virginia Court of Appeals denied Arien Pollard’s claim that his second of two theft convictions from the same incident date should be dismissed, because two distinctly separate theft events took place that were planned consecutively from each other, and therefore permitted more than one theft conviction. Pollard.

Of course, if more than one theft action is consolidated into one count, that might cause the total value to reach the $500 felony theft threshold, when some defendants might prefer to receive more than one larceny conviction than one felony theft conviction. In any event, larceny prosecutions need to be fully defended.