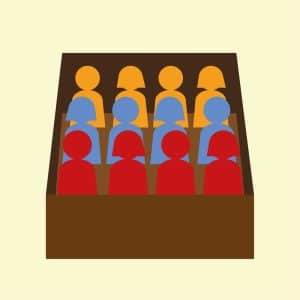 Jury selection and voir dire in Virginia are arts in themselves, where criminal defense lawyers and all other lawyers have a chance directly to ask questions of and persuade potential jurors. As a Fairfax County, Virginia, criminal defense lawyer, I know the value of having a chance to converse with potential jurors in this fashion. At the same time, judges are not expected to be mind readers, so a trial lawyer’s failure to ask the right questions to reveal a potential juror’s bias sits squarely in the lap of that lawyer.

Christopher Francis Cipolla was convicted in Chesterfield County, Virginia, Circuit Court for indecent liberties with a minor in a custodial relationship, forcible sodomy, and aggravated sexual battery, starting from when his victim was six or seven years old. Cipolla unsuccessfully (1)  contested the trial court’s refusal during jury selection to strike two jurors whose relatives had been abused but were never asked if that would affect their opportunity to be fair and impartial, and (2) contested the trial judge’s refusal to allow an expert to testify about Cipolla’s not having displayed “any paraphilic tendencies.” Cipolla v. Virginia, Record, No. 1976-17-2 (Va. Ct. App. June 18, 2019) (unpublished).

In Virginia., jury venire members can be stricken during jury selection either by a criminal defense lawyer’s exercising one of his or her peremptory strikes, or by asking the judge to strike the potential juror for cause. In Cipolla, the Virginia Court of Appeals affirmed the trial judges to strike for cause two potential jurors who were unable to say they would not relieve their relatives’ past abuse, during Cipolla’s trial, because reliving a traumatic experience by itself does not mean that the juror will not be fair and impartial. If he wanted a shot at relief, it was Cipolla’s lawyer’s option to have asked those potential jurors if their relatives’ past abuse would adversely affect their ability to be fair and impartial as jurors, but Cipolla’s lawyer did not ask that ultimate question.

In trial, criminal defense lawyers face the tension between preserving the appellate record and not alienating potential jurors. Here, Cipolla’s lawyer probably ran little to no risk simply to have asked the potential jurors with abused relatives, during jury selection, whether that abuse might make them unable to be a fair and impartial jury members.