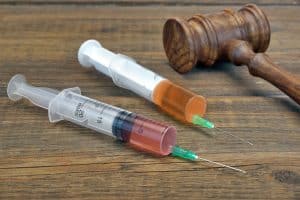 Federal executions have resumed and can usurp efforts in Virginia and elsewhere to abolish capital punishment, says Fairfax criminal lawyer

Federal executions have resumed this year after a 17 year informal moratorium over the course of botched executions and court challenges. As a Fairfax criminal lawyer, I know that defending any murder or homicide case is demanding enough as is, and defending a capital punishment case demands extraordinary time, ability, devotion, attention, and compassion. With the vast majority of capital defendants receiving court-appointed and public defender attorneys, the death penalty system puts all the more of a strain on limited government budgets, not only to pay for criminal defense lawyers, their experts, advisers and defense expense, but also to pay for prosecution teams, their resources, and judicial resources.

What do we have to show for this legalized murder known as capital punishment, whether in the federal or state courts? Little to nothing. It is barely a deterrent if any deterrent at all; people acting in murderous heat of passion will rarely consider the difference between life in prison and capital punishment. Such a brutal system is not justified by arguments about giving justice to homicide victims and their families. Nor is capital punishment justified by the heinousness of so many murders, particularly if we are going to separate ourselves and government from such depravity. The death penalty is irreversible, so wrongfully convicted people cannot benefit from a reversed conviction if already executed. Furthermore, with so many race-based decisions already in effect by prosecutors and too many jurors and judges in all criminal prosecutions, we should certainly draw the line against executions.

Why is capital punishment unconstitutional under the Due Process and Cruel and Unusual Punishment Clauses of the United States Constitution?

No form of capital punishment is guaranteed to be with limited pain, not even at the federal level despite all the budgetary resources at that level. Hanging can sever one’s head. Gassing suffocates. Electrocution sometimes yields flames from one’s head and the accompanying odor of burning flesh. Lethal injection can bring excruciating pain with the immobilizing drug making the person unable to even communicate any suffering. Capital punishment is cruel and unusual in violation of the Eight Amendment to the United States Constitution, as consistently recognized by late Supreme Court Justices Thurgood Marshall and William Brennan, and ultimately by late Justice Harry Blackmun, who within a short time before retiring proclaimed: “From this day forward, I no longer shall tinker with the machinery of death.” Callins v. Collins, 510 U.S. 1141, 1145 (1994).

Why are federal executions resuming when Virginia may achieve abolition and when many states continue death penalty moratoria?

Virginia is closer than ever to abolishing or else narrowing the death penalty, with legislature and governor who are more responsive to criminal defendants’ rights than any other in the commonwealth’s history. Such county prosecutors as Fairfax commonwealth’s attorney Steve Descano favors abolishing the death penalty. However, federal prosecutors can work to bypass state death penalty abolition by prosecuting for federal crimes that allow for capital punishment. The president is serving the conservative wing of his base by opening the way to executing death row inmates, with five already executed in the span of six weeks, with Keith Dwayne Nelson being the most recent person put to death at the central government level, on August 28, 2020. While the president may well be better than his contender would be on sentencing reform, he is a threat to criminal defendants’ rights through his attorney general selection and through his packing the courts with too many judges who are unfavorable to criminal defendants’ rights and the Bill of Rights.

The president’s claim of conservative bona fides necessitates fidelity to federalism, which is antithetical to the federal government’s trumping the will of the states that have abolished capital punishment.

The second to last most recent federal death row inmate put to death is Lezmond Mitchell. Mr. Mitchell was Navajo and committed his admittedly abhorrent crime on Navajo tribal land. As reported by the Washington Post on August 23: “Under federal law, Native American tribes can decide whether they want their citizens subjected to the death penalty for a set of crimes involving Natives on tribal land. Nearly all 574 federally recognized tribes, including the Navajo Nation, have opted out.” Why, then, did Mr. Mitchell get executed? Because the government did an end-run around that opt-out by prosecuting him for murder related to carjacking, which is a federal crime.

Cronkite News reported on December 13, 2019: “Public Defender Jonathan Aminoff told the [U.S. Court of Appeals] that Mitchell’s case is ‘rife with concerns of racism,’ adding that the Supreme Court in 2016 recognized a right for defendants to investigate juries where there’s concern of racial bias… ‘This is the only federal capital prosecution of a Native American in the history of this country,’ Aminoff said, arguing that racial makeup of the jury alone – 11 white jurors to 1 Native juror – merits investigation.'”

Fairfax criminal lawyer Jonathan L. Katz has successfully defended thousands of people charged with felony, misdemeanor and DUI offenses. Jon Katz will be delighted to defend you and to meet with you for a free consultation at his office about your court-pending case. Call 703-383-1100 to schedule a confidential appointment.