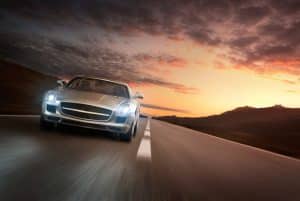 Driving restrictions are onerous for a DWI conviction under Va. Code § 18.2-266 and pour salt in the wounds of already having such a conviction, and even more so for those receiving active jail time for such a conviction. As a Virginia DUI lawyer, I know that this is reason enough to fully defend against a drinking and driving charge.

A Virginia DUI-related restricted driving license is far cry from an unrestricted license. For those who need to work during the course of the workday at a moment’s notice (for instance real estate agents, salespeople, and delivery people), that may clash with the orders from those judges who require written verification of all restricted operation during the course of the workday. A Virginia DUI lawyer needs to be ready to persuade the sentencing judge to permit such operation without the need for written verification, and instead to permit the defendant to use two-party documentation where feasible, and otherwise for the driver to keep a running logbook in real time of the licensee’s origination and destination points.

What if my employer does not permit me to use the ignition interlock in company vehicles?

Employers are often reluctant to permit the installation of the ignition interlock device in their vehicles, whether due to expense, time interruptions, insurance considerations, corporate image, or the need for multiple employees to use the same vehicle. Virginia Code § 18.2-270.1(F) gives the court discretion to allow driving vehicles “owned or provided” by the employer without the interlock solely in the course of the convicted Virginia DUI defendant’s employment, so long as the defendant is not an owner or controller of the company, and so long as the company authorizes such driving. Such driving without the interlock is not covered by the standard Virginia restricted driving application, but a provision for such driving is included as an option in the standard Virginia restricted license language.

These driving hurdles from a Virginia DUI conviction are reason enough to fully fight DWI prosecutions.