Waiving Rights with Police is Playing with Fire 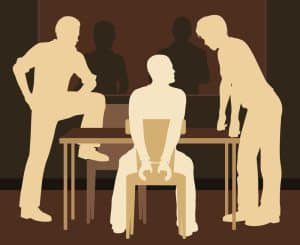 Waiving rights with police is risky to do without an attorney, says criminal lawyer Jon Katz

Waiving rights with police is all too common by criminal suspects who do not have attorneys. As a Fairfax criminal lawyer, I know that it rarely benefits an unrepresented criminal suspect to relinquish his or her rights to remain silent with the police, to have a lawyer present during police questioning, and to refuse a search.

1. Defendant: I spoke with the police because I did not want to seem uncooperative or because the police said I would be arrested if I did not speak.

My reply: Everything you said to the police can now be used against you and your waiving your rights has weakened if not eliminated your opportunity to make an effective Fifth Amendment – based argument to suppress your statements at trial. Had you been arrested for a misdemeanor, you likely would have been released within a few hours on your own promise to return to court, or on a low bond. Had the police decided to seek a felony charge, you would have been arrested eventually.

2. Defendant: I authorized the police to search me and my belongings, because they said that they would seek a search warrant if I refused.

My reply: Your waiving  your right to refuse any police search and seizure of your property weakened any Fourth Amendment argument to suppress any search and seizure. You gained nothing by not leaving the police to seek a search warrant other than hoping the police would not seek and find even more incriminating evidence than if you had not consented to a search. Letting the police turn your home, business or car upside down is preferable to consenting.

3. Defendant: I spoke with the police/okayed a search because I was scared.

My reply: It is better to be scared than to weaken your defenses against prosecution and a serious sentence if convicted. Waiving  your rights is worse than remaining scared.

4. Defendant: I though I could talk my way out of it, and thereby avoid paying for a lawyer.

My reply: That is like a weekend pickup basketball player betting his bank account on beating the top pro player in one on one. Clearly, your waiving your rights did not successfully talk your way out of it.

5. Defendant: I was worried that my silence or search refusal would be used against me in court.

6. Defendant: The police had a search warrant for my home, so I told them where the safe is, I gave them the password, and they found an ounce of cocaine therein. I was sure that they otherwise would have torn up the house and destroyed the safe with a drill.

My reply: Your legal fees and penalty risks far exceed the mess the police could have caused, and the cost of obtaining a new safe. Your waiving your rights led the police to the cocaine and its connection to you.

7. Defendant: I submitted to the field sobriety tests for my DUI case because I heard that refusing them could be considered against me in court.

My reply: Did your waiving your right to refuse to do field sobriety tests serve you any better than your test refusal’s getting admitted into evidence at trial? I could argue in court that caselaw makes field sobriety tests voluntary, so refusal to do them means little to nothing.

As a Fairfax criminal lawyer, I know it is foolhardy for unrepresented criminal defendants to be waiving their rights with law enforcement.

Fairfax criminal lawyer Jonathan L. Katz pursues your best defense against felony, misdemeanor, DUI, drug and sex prosecutions. To discuss your case in confidence with Jon Katz, please call his staff at 703-383-1100 to schedule a consultation.