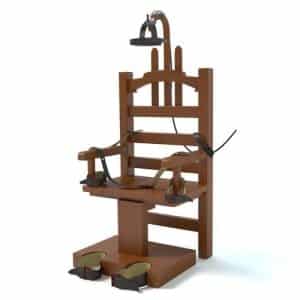 Executing the person who did not pull the trigger should not be allowed, says Fairfax criminal defense lawyer

Executing people is wrong. As a Fairfax criminal defense lawyer, I know that even many former and current Virginia prosecutors now support the abolition of capital punishment. However, the machinery of state-sponsored homicide continues in many of the United States.

Executing people convicted for being accomplices or co-conspirators — who did not even fire the murder weapon — should certainly not be put to death. Doing so simply increases the risk of more people on death row who did not commit a crime.

A justifiable uproar against executing Nathaniel Woods has continued after his execution on March 5, 2020. The uproar focuses on whether he committed the crime (Woods’s alleged accomplice proclaimed Woods’s innocence, and a sister of one of the victims doubts Woods’s culpability), that he was convicted as an accomplice but not the triggerman, that his sentencing jury could only reach a 10-2 rather than unanimous verdict for a death sentence, and that his initial appellate lawyer abandoned his appeal.

A few days ago, I bumped into former state attorney general Mark Earley at the Loudoun County, Virginia, courthouse, and mentioned to him that his having added his support to abolishing capital punishment was particularly valuable due to his utilitarian stand against capital punishment. Mark then stated his concern about the irreversibility of executing an innocent person. I of course could not resist asking him if that may have happened under his watch as Virginia’s attorney general.

Clearly, Alabama’s governor and the United States Supreme Court’s rejection of Wood’s respective pleas for clemency and a stay of executing him, all the more underlines why capital punishment must be abolished.