Expecting magic from myself and nothing from others – Fairfax DUI lawyer 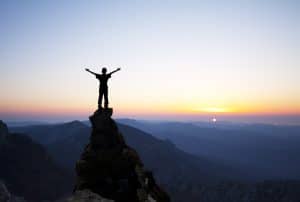 Expecting magic from myself and nothing from others – Fairfax DUI lawyer

Expecting magic from myself as a criminal defense lawyer —  and nothing from others — is the way to go. As a Fairfax DUI criminal lawyer, I know that such a path is a non-dualistic way to succeed. That way, when a judge, prosecutor or police officer is inspired by themselves and/or by me to do good, I can delight in that, and when they try throwing dirt or shotgun diarrhea in the eyes of me or my client, I will simply learn from taijiquan by making whatever adjustments are needed to avoid the dirt or feces, and to re-balance the situation.

Recently, through hard teamwork of me and my DUI client, and getting the police officer’s support early on — after our first prosecutor declined to offer a reckless driving plea — we came back to court after a trial date continuance, and I convinced the second initially hesitant prosecutor to offer a wet reckless disposition with no active jail time. A surprised public defender lawyer then told me he had never heard of wet reckless amendment in that county without active jail time. Even if I had known that statistic beforehand, it would not have daunted me, because reality must not be allowed to debilitate a person from the path to victory.

As a Virginia criminal/ DWI lawyer, I know never to get complacent about any ordinarily better-seeming judge, prosecutor, police officer nor anyone else who usually seems to be a good pick for a client’s case. One prosecutor I know is too arrogant for his own good, but has enough backbone not to worry about his job security to sometimes agree to some of the best negotiated settlements compared to all his colleagues. I know another prosecutor who unapologetically displays nastiness and extreme mood swings, but like his arrogant colleague sometimes is very willing to reach particularly good settlements.

Consequently, as a Fairfax DUI lawyer, I know that all I need to do is to be prepared for a curveball from anyone, and to simply accept curveballs as part of my work and life, and to at best knock the curveball out of the ballpark, or else to straighten the path of or otherwise best handle the ball.

Fairfax criminal lawyer on every man for himself

In the end, in the criminal courtroom it is every man for himself, with the exception that I am always there on behalf of my client, pursuing the best possible results. Underhandedness from others is their curse, not my kvetch. Keep the magic going.

Fairfax DUI lawyer Jonathan L. Katz has successfully defended over three thousand DUI and criminal defendants since 1991. To discuss your case in confidence with Jon, please call his staff at 703-383-1100 to schedule a consultation.