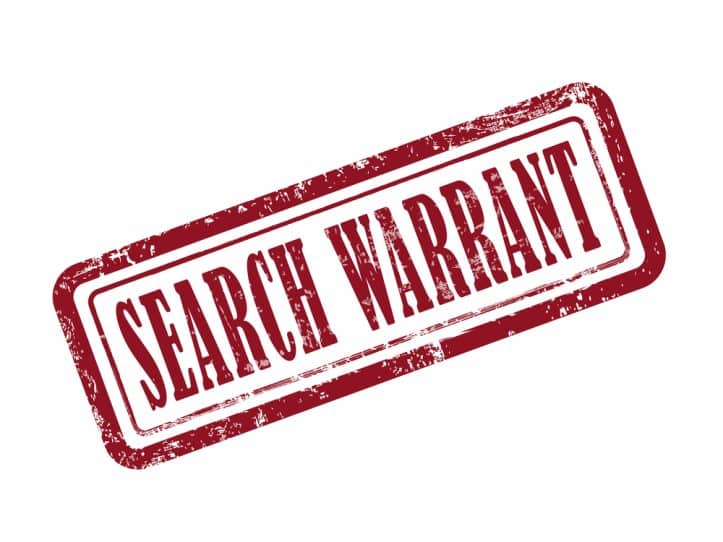 Fairfax search warrant applications arrive in large volumes each week at the courthouse As a Virginia criminal defense lawyer, I know this, because the Fairfax Circuit Court maintains served search warrants in thick binders that I need to review to find such documents that target my clients. Virginia law permits police to apply for search warrants ex parte, without the participation of the targeted criminal suspect. This deprives the reviewing judge or magistrate of the benefit of hearing from both sides about whether probable cause exists to issue the requested search warrant, and whether or not the language of the warrant is stated clearly and narrowly enough to satisfy the Constitution’s Fourth Amendment prohibition against issuing search warrants that are not supported by probable cause to do so. This makes me all the more giddy that former criminal defense lawyer — and now Fairfax Circuit Court judge for several years — David Oblon outlined a very criminal defendant- and privacy-beneficial analysis for his refusing a geofence search warrant, which he clearly will use for future such search warrant applications, and will probably influence other judicial authorities throughout the commonwealth of Virginia. In the Matter of the Search of Information Stored at the Premises Controlled by Google, February 8, 2022 (Fairfax Circuit Court, Feb. 24, 2022, Oblon, J.)  (“Matter of Google“).

What is geofencing and what limits does the Fourth Amendment place on permitting such searches?

In of Google, the Fairfax search warrant-applying police officer sought a judicial order for Google to divulge cellphone data of those who were located in a specified geographical area on a specified date and time range, in order to narrow down possible suspects (and I presume also witnesses) who were present when gunshots were fired outdoors at a crowd of people. According to the search warrant affidavit “the location of cell phones may be identified by their use of cellular towers for communications as well as by global positioning systems (‘GPS’) and other technology… Google, a company that provides electronic communications services to subscribers, keeps location data for Android-enabled cell phones as well as other cell phones associated with a Google account with location services enabled.” Matter of Google. Read that again. Google is not merely a helpful search engine company, but the holder of massive amounts of data that police and prosecutors love to get their hands on, at least if judicial authorities and the law allow them.

Read Matter of Google to see the great depth and care with which Judge Oblon analyzed and ultimately (and rightly) rejected this Fairfax search warrant application, as overbroad and inviting catching slews of data from people not even having anything to do with the shooting investigation. It is scary to think what happens whenever law enforcement and intelligence authorities do get around to snooping into such sensitive and confidential corners of our lives, let alone to do any such improper snooping. In Matter of Google, the court rightly reiterates that mere presence near evidence of a crime does not by itself permit that person to be searched, and, for that rule, aptly cites Whtehead v. Virginia, 278 Va. 300, 683 S.E.2d 299 (2009).

This Fairfax search warrant Matter of Google opinion was issued by a judge who is not motivated by a bleeding heart rather than an adherence to the law. For that matter, no judge on the Fairfax Circuit Court displays any such bleeding heart tendencies. Certainly, I praise the sky when I learn that a particular judge has been assigned to my criminal defense case (and several of them in this county have substantial past criminal defense experience), and ask what I have done wrong to deserve a judge known to be particularly unfavorable to defendants.

What should I do if law enforcement makes unconstitutional attempts or actions to snoop into my private affairs and effects?

Do not roll over and play dead when any government employees or agencies trample on your privacy rights. This is clear from the foregoing Matter of Google Fairfax search warrant case. Contact a qualified lawyer or lawyer-staffed civil liberties organization to advise and assist you with protecting your rights, and with putting a stop to such misbehavior by police or any other government employees.

Fairfax criminal lawyer Jonathan L. Katz carefully dissects your criminal case for Constitutional violations, as part of his full-court press for the accused. Call 703-383-1100 for a free in-person confidential consultation with Jon Katz about your court-pending case.