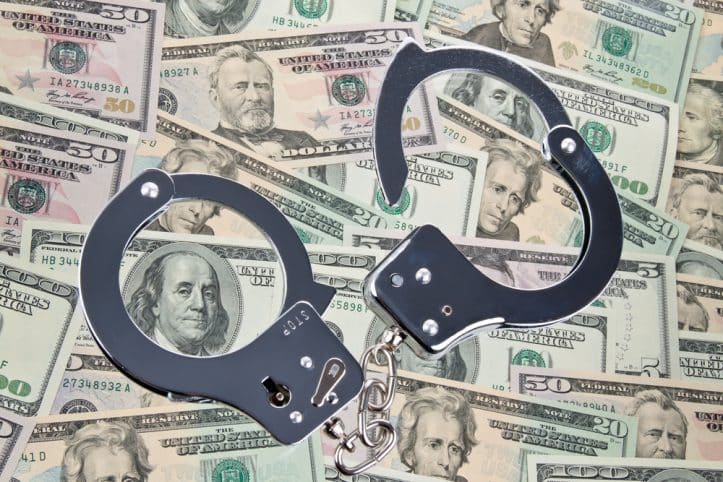 False pretenses (FP) is a type of Virginia theft crime. As a Fairfax criminal lawyer, I know that the crime of FP means: ” If any person obtain, by any [FP] or token, from any person, with intent to defraud, money, a gift certificate or other property that may be the subject of larceny, he shall be deemed guilty of larceny thereof; or if he obtain, by any [FP] or token, with such intent, the signature of any person to a writing, the false making whereof would be forgery, he shall be guilty of a Class 4 felony.” Va. Code § 18.2-178.

Former Virginia car dealer Thomas Maad got convicted for false pretenses and embezzlement, due to a series of used car trades where he did not fulfill his negotiated promise to pay off the loan of the traded-in car, nor to handled payment and paperwork to transfer the traded-in car’s license plate/tag to be used on the purchased vehicle. Maad v. Virginia, Record No. 0162-20-4 (Va. App., Jan. 19, 2021) (unpublished).

At the trial’s motion to strike phase, Maad’s lawyer “argued that the evidence was insufficient to support the charges that he obtained money by false pretenses because the statute requires a false representation of past or existing fact and his promises to pay off the loans on the trade-in vehicles were merely statements of future intentions. He also argued that the evidence was insufficient to support both his obtaining money by [FP] convictions and his embezzlement conviction because the evidence did not prove that he intended to defraud any of the customers. The trial court denied the motion to strike, and the jury found Maad guilty on all three charges. The trial court also denied Maad’s motion to set aside the verdict, and Maad now appeals to this Court.” Unfortunately, Maad’s own testimony helped get him convicted, by at least making him not appear as a sympathetic defendant. He told the jury that he did not intend to rip off anyone, but admitted that he used customers’ funds that were contractually earmarked to pay off their trade-in car loans and license plate transfer, to instead pay for his more pressing bills that resulted from his offering financing to credit-risky clients without first knowing if the financing companies would actually extend credit.

Is inability to fulfill a promise a FP crime?

Maad confirms that subsequent inability to fulfill a good faith promise by itself is not a false pretenses crime. However,  “Maad made several false representations. Though some referred solely to future events or statements of intentions, others referred to existing facts or past events. Accordingly, because some of ‘the representations as to existing facts induced the complaining witness[es] to part with [their] property,’ the evidence is sufficient to support a conviction.” Holt, 66 Va. App. [199] at 209 [2016].” Maad.

We learn from Maad’s conviction that making reckless material promises to customers that causes them to lose money can risk a false pretenses conviction. Maad invested substantial funds into his business, and at best for him, he got in over his financial head. Maad chose the dishonest path to try to avoid financial ruin, but instead got a worse result with financial ruin plus a FP theft conviction. A business owner’s goal needs to be for all profitmaking efforts not only to be lawful, but also ethical and good for public relations. When a business faces financial loss, the company should consult with a qualified lawyer and financial professional to determine how to minimize loss and possibly even to turn around matters to becoming profitable again.