A green tongue does not mean marijuana use, says Fairfax Drug Lawyer

Is a green tongue indicative of recent marijuana use? As a Virginia drug lawyer / marijuana lawyer, I have scoured Westlaw to find what the courts have said on the issue, finding only the below-three discussed relevant appellate opinions, all helpful for a defense of driving under the influence of drugs. 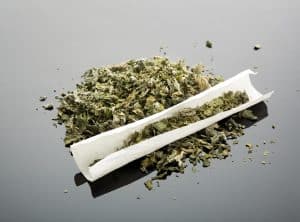 A green tongue does not establish recent marijuana use

A state officer stopped Troy Hechtle for speeding. Hechtle and his two passengers then began lighting cigarettes. The trooper suspected that the cigarette lighting and two or three air fresheners in the car were indicative of an attempt to mask an odor. To boot, the trooper testified that Hechtle’s tongue was “‘very green’ with ‘blisters all over the back of it'” which “’confirmed’ to the trooper that Hechtle had been smoking marijuana.” Hechtle.

The trooper then had Hechtle get out of the car, frisked Hechtle, found a marijuana pipe, arrested Hechtle, and found marijuana.

“Even if we were persuaded to accept the State’s position that the condition of Hechtle’s eyes and tongue are presumptively suggestive of marijuana use, nothing in the record indicates either how long these conditions are sustained or how long measurable quantities of marijuana remains in the system as required by the statute.”

In an unreported 2000 opinion referenced in Hechtle, 89 P.3d at 190, the Washington Court of Appeals was also skeptical about any relevance of a green tongue to recent marijuana use:

“Although we assume the officer’s assertion to be true for purposes of this opinion, we are nevertheless skeptical as to its accuracy. We find no case stating that recent marijuana usage leads to a green tongue.” Washington v. Wheeler, 100 Wash.App. 1062 (2000) (unpublished).

Brown tongues do not establish recent tobacco use

A year after deciding Hechtle,  Utah’s Court of Appeals reinforced the soundness of Hechtle by confirming that:

“In State v. Hechtle … we rejected the State’s unsupported assertion that recent marijuana usage causes a green tongue. Similarly, we see no support in the record of this case to conclude that a brown tongue is indicative of recent tobacco use.” Utah v. Chism, 107 P.3d 706, n.1 (Ut. App. 2005).

Hechtle unnecessarily points out the the testimony of a drug recognition expert may have made a difference for the prosecution as to the charge of driving under the influence of drugs:  “[I]n the absence of validation, such as an examination by a certified DRE [drug recognition expert] or the application of relevant field sobriety tests, we conclude that in this instance the trooper’s suspicions were insufficient to establish probable cause [for driving under the influence of drugs].”

Consistent with the Georgia ACLU’s recent lawsuit for three wrongful driving under the influence of drug arrests, naming someone a “drug recognition expert” is of no more evidentiary consequence than saying that the naked  emperor is wearing clothes. Furthermore, Virginia has no statute nor published appellate court cases on drug recognition experts. Additionally, such testimony is inadmissible if not expert testimony. See Conley v. Commonwealth, 273 Va. 554, 643 S.E.2d 131 (2007).

Virginia drug lawyer/ Fairfax marijuana lawyer Jon Katz has successfully defended hundreds of drug defendants since 1991. To discuss your case with Jon in confidence, please call his staff at 703-383-1100.