Fairfax criminal lawyer pursuing your best defense at every turn

When is a blood alcohol test justified without consent nor a search warrant, in a DUI case? When sufficient exigent circumstances exists for doing so.

As a DUI lawyer in Fairfax Virginia, I meticulously review the avenues for keeping out blood alcohol evidence at trial. Today, unfortunately, the Virginia Court of Appeals greenlighted finding exigent circumstances to perform a blood alcohol test where blood alcohol dissipation proceeded for several hours and was at risk of too much further dissipation if the police did not arrange for a blood alcohol test at the hospital where the defendant was then present, versus taking extra time to seek a search warrant. Aponte v. Virginia, ___ Va. App. ___ (Oct. 10, 2017). Aponte flies in the face of Missouri v. McNeely, 133 S.Ct. 1552 (2013), which generally provides that a search warrant is needed to obtain blood from a DUI suspect who declines to consent to a blood alcohol test. 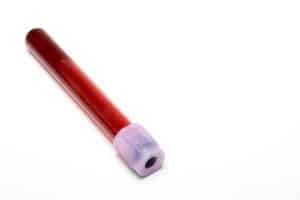 What parent would urge against calling 911 when her son is dying in the back seat?

In Aponte’s gruesome situation, she crossed into the opposite lane of traffic, and hit a van head on, leading shortly thereafter to the death of her child sitting in the back seat, and  impairment to the van driver’s ability to walk. With her son dying in the back seat and the van driver seriously injured, Aponte instead urged two eyewitnesses not to call the police 911, since she had been drinking and proceeded to throw empty beer cans out of her car, apparently instead of tending to her dying son.

Virginia state trooper Musgrove arrived and permitted Aponte to join her son at the hospital. At the hospital, more than three hours after the accident, Aponte told Musgrove that her last alcoholic drink was around eleven to twelve hours after the accident. She agreed to blow into Musgrove’s preliminary breath test machine, yielding a 0.130 result.

Because of the over three hour passage of time between the time of the accident and trooper Musgrove’s ultimate request for Aponte to submit to a blood alcohol test, the implied consent law did not apply, because that law only covers DUI case blood and breath tests that are requested within three hours of driving.

Aponte acknowledges that the Supreme Court’s McNeely decision rejects that “natural metabolization of alcohol presents a per se exigency justifying a warrantless, nonconsensual blood alcohol test in all drunk driving cases.” However, Aponte concludes that such an exigency existed here where Aponte claimed that her last drink was so many hours ago (eleven to twelve hours).

Aponte affirms her conviction of  “involuntary manslaughter, in violation of Code § 18.2-36.1, driving while intoxicated (second offense within five to ten years) with a child in her vehicle, in violation of Code §§ 18.2-266 and -270, and maiming of another resulting from driving while intoxicated. Aponte waters down the narrow exigency provision addressed in McNeely, 133 S.Ct. 1552.

Virginia DUI attorney/ Fairfax criminal lawyerJon Katz has successfully defended scores of clients providing blood draws in  DUI cases, and hundreds of DUI clients since 1991. To discuss your case with Jon, please call his staff to set an appointment, at 703-383-1100.