Drugged Driving and the Importance of Silence – Fairfax Criminal Lawyer

Drugged driving arrests are many and, like DUI cases, sometimes follow serious car accidents. As a Fairfax Virginia criminal lawyer, I know that the temptation to speak with the police and the court magistrate is great after such a traumatic experience as being in a deadly car accident. However, as a suspect might wish to talk out the traumatic event, one’s words to the police can never be withdrawn. As with the Phantom Tollbooth’s dinner speech scene, a a suspect may end up eating his words to the police. 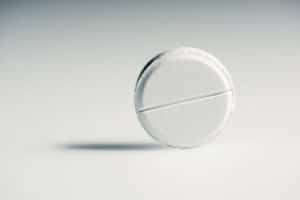 Everyone has the right to remain silent with the police

The right to remain silent with the police is a vital right for potential and actual criminal suspects to use or lose. Drugged driving arrestee Robert Alan Novotny failed to exercise that precious right, admitted to recent use of strong prescription medicine, later tried to recall his admission of drug use the same morning as the fatal collision, and got convicted (affirmed) by a jury of involuntary manslaughter, essentially for drugged driving combined with a car accident that killed the driver of the oncoming car that Novotny hit head-on when Novotny crossed into the other driver’s lane of travel. Novotny v. Virginia, Record No. 1489-16-3 (Va. App., Oct. 10, 2017) (unpublished).

After being released on a DUI charge, Novotny told a police officer  that Novotny “was traveling approximately ’50,
55, 5′ miles per hour at the time of the collision, but he could not recall anything else… [and] also told Sgt. Pack that he last took Suboxone the night before the accident, but took the prescription drug, Amitriptyline, an anti-depressant, on the morning of the accident.” This was after Novotny told another police officer the following while the officer was helping extricate Novotny from his vehicle:  Novotny “stated that he ‘takes Subutex and had for the last seven years.'”

Had Novotny remained mum, the jury may never have known about his recent consumption of anti-opiate addiction medicine

Novotny helped dig his ditch in admitting to recent use of Amitriptyline, Suboxone and Subutex. First, all three are so strong that that they cause “drowsiness, dizziness, [and] difficulty performing divided attention tasks.” Second, the agency testing his blood would not have detected the last two drugs, by not testing for buprenorphine, which is an active ingredient in those medications.

Consequently, Novotny got convicted of involuntary manslaughter cause by his drugged driving behavior, and the Virginia Court of Appeals rejected his claim of a Miranda violation and of insufficient evidence to convict.

Virginia DUI lawyer/ Fairfax drugged driving & criminal attorney Jon Katz has been successfully defending people charged with driving under the influence and other crimes since 1991. Jon is available to discuss your case in confidence, by appointment set through his staff at 703-383-1100.