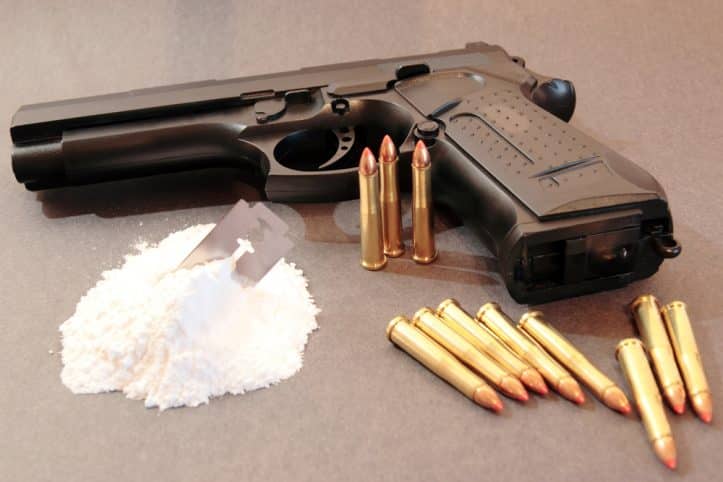 High crime area is a phrase that police like using to try to justify their reason for focusing their attention on a particular suspect. As a Fairfax criminal lawyer, I am always ready to challenge the legality of police stops, detentions, frisks and arrests. This week, thankfully unpublished and therefore with no precedential value, the Virginia Court of Appeals ruled 2-1 that a police frisk was okay, where the sum and substance of the report about the defendant was: a “black male, last seen wearing black ball cap, red and white jack). et and black sweat pants, armed with a gun. Alford v. Virginia, Record No. 1775-19-2 (Dec. 15, 2020)  (unpublished).

In this high crime area case, a warrantless police frisk of Alford led to cocaine and a concealed handgun (possessed without a concealed carry permit)  led to Alford’s guilty plea both for  possession of cocaine with intent to distribute in violation of Virginia Code § 18.2-248(C) and carrying a concealed weapon without a permit in violation of Virginia Code § 18.2-308(A). Alford. Alford  justified the frisk and detention of Alford partly on the basis that he was remaining in the store without having purchased anything.

In okaying the police frisk of Alston in this high crime area case, the two-judge Court of Appeals majority stated: “Even accepting for the purposes of analysis that Alford was seized, as he argues, at the first moment Officer Keys spoke to him, Officer Keys had a reasonable basis for investigation based on the facts and circumstances of which he was aware. The officer had direct knowledge of sector 411’s high-crime history. He knew that firearms were a problem in that area. He had received the description of an individual who was suspected to have a firearm, and Alford matched that description. Moreover, it was not unreasonable for Officer Keys to consider Alford’s loitering near the cashier without purchasing anything to be suspicious. See Terry, 392 U.S. at 22 (noting suspects’ behavior “could simply have been innocuous, albeit overly energetic, window shopp[ing]”). Thus, even “where the officer observed no elements of any crime whatever, but only an entirely lawful course of conduct,” Hill, 297 Va. at 812 (quoting Terry, 392 U.S. at 12), Officer Keys had an objectively reasonable basis for an investigative detention of Alford.” Alford.

Fairfax criminal lawyer Jonathan L. Katz pursues your best defense against Virginia DUI, felony and misdemeanor prosecutions. Call 703-383-1100 to meet with Jon Katz in person for a free consultation about your court-pending case.