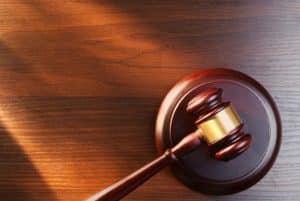 Jail risks in Virginia criminal court sometimes may be anticipated and sometimes not. As a Fairfax criminal lawyer, I pursue not only acquittals, but also ways to minimize the collateral damage from a Virginia criminal conviction on one’s career, security clearance, immigration status, uniformed military status, and health care licensing. When matters do not go the criminal defendant’s way in District Court, the defendant has no more than ten calendar days to file for an appeal from the District Court to Circuit Court at the appropriate criminal court level.

Jail is an imposition on one’s time, reputation and security clearance

If jury duty is a big imposition on a business owner, essential employee, or student, then a larger time burden and imposition will result from a jail sentence of a similar or greater length of time. Plenty of people would love to pay others to fulfill such obligations, but that would be a crime to do so. Instead, it is ideal to work hard at avoiding a conviction and active incarceration sentence in the first place, starting with obtaining the right lawyer for you to defend against your Virginia prosecution.

Why does a Virginia conviction and sentence risk my reputation?

A large number of employers run a background check on their potential and current employees. Many employers do not want a last moment submission of a time off request, to accommodate any jail sentence. As a Fairfax criminal lawyer, I know that security clearance authorities may look more deeply into a Virginia criminal sentence that includes active detention time, because on a serious continuum, such authorities look at the alleged facts involved, the crimes charged, and how serious is any resulting sentence. A qualified lawyer can work with you to navigate such challenges.

Not all Virginia judges will grant deferred jail start time

Often criminal defendants come to court not having resolved their upcoming personal affairs, in the event of incarceration. Before Covid-19, it was not uncommon for Virginia General District Court judges in Fairfax, Arlington and beyond to grant deferred jail turn ins  for General District Court misdemeanor case, particularly where the prosecution so agrees — and some courts pre-Covid were more hospitable than other to accommodate weekend incarceration. The coronavirus has led to weekend incarceration time being less commonly granted, under the theory that each time a person enters the detention center, s/he has possibly carried coronavirus into the detention center, and each time the person leaves the jail, the inmate possibly brings new germs to the outside world. As a Fairfax criminal lawyer, I know that the reason for not allowing deferred incarceration commencement does not seem to have a sufficient pandemic-related explanation other than the possibly easier approach for the detention center authorities to incarcerate at the time of sentence rather than later, and also the concept that a criminal defendant who passes the body temperature test at the entrance to the courthouse at least does not have a fever when entering the detention center if entering the day of sentencing. A common response from some judges when asked for leave for deferred jail commencement is that the defendant should have expected something to happen on that court date and should not have expected a delayed incarceration start. However, the defendant does not always know that incarceration will be involved in that day’s disposition where sometimes, the result involved dismissal, acquittal, a continuance, or a result with no active incarceration time.

Appeal bonds to avoid jail for the time being — or keeping release conditions the same pending appeal — are not guaranteed from Virginia District Court judges when the criminal defendant opts to proceed for a retrial in Circuit Court. This is why it always is important to know one’s judge. If the District Court judge sees that a felony case has been negotiated down to a misdemeanor offense, that may be the area where the District Court judge is less likely to grant an appeal bond, in the light of the break that the defendant has already obtained in getting a misdemeanor rather than felony conviction. Getting the prosecutor on board with a release from jail  pending appeal may be of help, and the prosecution may be more amenable to that if told by the Virginia criminal defense lawyer that the appeal is intended for delaying the start of incarceration time, rather than to relitigate the case.

A Virginia criminal defendant certainly is entitled to proceed to trial on appeal from Circuit Court rather than use the appeals process simply to delay the start of one’s jail time. If one’s District Court disposition arose from a plea deal with the prosecutor, the defendant in advance should ask his or her lawyer about the extent to which such a negotiation necessitates a waiver of one’s right to appeal, and the risks that the original charges will be brought back against the defendant if the negotiations involved reducing and/or dismissing any charges against the defendant. A Virginia criminal defendant may withdraw his or her appeal at least one business day before the Circuit Court trial date on appeal. Va. Code § 16.1-133.

When charged with a Virginia criminal or DUI offense, obtain the right lawyer for you.

An arrest or formal criminal charge ideally spurs the defendant to find a qualified lawyer, both to work to avoid a conviction and to avoid jail. The prosecution and police are ready for trial by the time one gets arrested. That is the time soon to work with a Virginia criminal defense or DUI defense lawyer to reverse the uneven prosecution playfield.