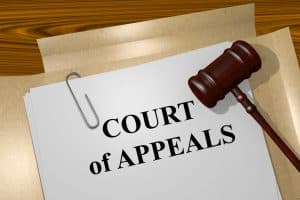 Two bites at the apple are available when a Virginia criminal defendant first proceeds to a misdemeanor trial or probation violation trial in District Court. As a Fairfax criminal lawyer, I tell my clients that we are going to fight like hell to obtain a favorable result against their criminal or DUI prosecution in General District Court or Juvenile and Domestic Relations District Court, but that they always have the option after a District Court conviction, of filing a timely appeal for a new trial in Circuit Court. The trial will be by jury unless both the defense and prosecution agree to waive a jury. The jury’s verdict must be unanimous on each count as to whether the prosecutor has proven the defendant’s guilt beyond a reasonable doubt.

Two bites at the apple means that on appeal from Virginia District Court, if a jury convicts for a Class 1 misdemeanor or a felony, the proceedings next proceed to a sentencing trial, and the jury returns to the deliberation room to recommend a sentence to the judge, which can only be a recommendation as to incarceration time and/or fine. Va. Code § 19.2-295.1. The judge next holds a separate sentencing hearing from the one held before the jury, and decides whether to mirror the jury’s recommended sentence, suspend part of that recommended sentence (and to impose a probation period and probation conditions to cover the suspended incarceration sentence), and/or reduce some of the jury’s recommended sentence. Bewared judges who tend not to disturb the democratic will of the jury except where the jury seems to the judge to have been off its rocker with a too-harsh recommended sentence.

Fortunately the two bites rule does not apply to the prosecution in criminal cases. At the same time, although the Virginia Code affords civil refusal defendants (where the defendant refused to submit to a breath or blood test after a DUI arrest) criminal procedural protection, that protection will not automatically lead a judge to bar the commonwealth from appealing a civil refusal acquittal to the Circuit Court.

If you want a jury trial in Circuit Court, speak up if the judge proceeds without a jury

The two bite rule gives the criminal defendant and prosecution an automatic jury trial right in Circuit Court. A Virginia Circuit Court judge might deny such a criminal defendant a jury trial,  whether out of mistaking whether a jury trial was previously and properly waived by the defendant, or thinking that a waiver-by-silence order could be effective. Shelton Riddick’s trial lawyer did not enter such an objection, so the Virginia Court of Appeals deemed the issue waived, leaving Riddick to pursue the matter through pursuing habeas corpus relief. Riddick v. Virginia, ___Va. App. ___ (June 2, 2020).

Specifically, Riddick took advantage of the two-bite rule and appealed for a new trial in Circuit Court after being convicted in District Court for DWI, suspended driving (third offense), reckless driving based on speed, refusal to take a breath test for the DWI case. the and drinking while driving. The judge got Riddick’s criminal defense lawyer and the prosecutor to sign / consent to a judicial order that a jury trial would be waived unless demanded at least thirty days before trial. Whether or not this was a commonplace procedure by this judge, it flies in the face of Virginia’s Constitution and statutory law.  As Riddick reiterates from the state Constitution: “Article I, § 8 of the Virginia Constitution provides, in part, that a criminal defendant ‘enjoys the right to a speedy and public trial, by an impartial jury of his vicinage, without whose unanimous consent he cannot be found guilty’ and that ‘[i]n criminal cases . . . [i]f the accused plead not guilty, he may, with his consent and the concurrence of the Commonwealth’s Attorney and of the court entered of record, be tried by a smaller number of jurors, or waive a jury. In case of such waiver . . . , the court shall try the case.'” Riddick.

Moreover: “The circuit court could deviate from this default method and conduct a bench trial only if Riddick knowingly and intelligently ‘consented either to a waiver of his jury trial rights or to a
bench trial,”’id. at 447, and such consent, along with the concurrence of the Commonwealth and the circuit court, was ‘entered of record,’ Cunningham v. Smith, 205 Va. 205, 207 (1964).” However, neither Riddick nor his lawyer objected to proceeding to trial without a jury, so the Court of Appeals declined to provide him relief on that issue regarding Riddick’s going for his second bite in Circuit Court.

Recap and more about this de novo appeal rule: