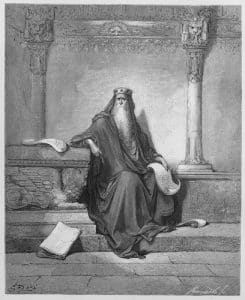 Judicial compassion is too lacking for too many judges, even for plenty who start out seeing their judgeship as an ideal role.

When glimpsing the sleeve of his or her black robes, a judge hopefully will be reminded to act with proper restraint. However, too many judges act as tyrants, prosecutors in robes, or mere pushers of dockets, rather than people committed to their oath that includes upholding the Constitution.

Today’s blog entry is a continuation from my May 4, 2018, posting entitled Police Patience & De-Escalation – Witnessed By Fairfax Criminal Lawyer.

Judicial compassion during a challenging situation, as seen by a Virginia criminal attorney

When the defendant referenced in my last blog posting kept insisting on a trial for that very day, the judge did not tell him to keep quiet, but instead talked in a regular tone of voice with the defendant — never talking down to him –saying that the court’s schedule did not seem to enable a trial for him that day. When the defendant kept interrupting his lawyer and the judge, the judge did not reprimand him for speaking out of turn, but instead asked the defendant if each of them could agree to give one another a chance to talk. The defendant seemed to appreciate being spoken to like that, but still lacked the self control not to resume interrupting his lawyer and the judge in mid-sentence. At two different points, the judge simply recessed court proceedings to enable the man to deal with his lawyer. At one point, the courtroom got cleared of all other parties, so I do not know what was happening inside at that time.

After the man’s relative told the judge about the defendant’s compliance or lack thereof with psychological treatment, the judge asked the defendant if would be willing to accept an injection for his behavior if that was recommended for his trial date. The man declined, and eventually the judge ordered him brought to the lockup, I suppose to receive a psychological evaluation about fitness to stand trial, but at that point was focused on my own client’s case.

On a subsequent morning, I again saw this same deputy sheriff, and told her how impressed I was by how well the courtroom security personnel and judge had exhibited patience and de-escalation with this defendant. She told me she was experienced with patience. Good for her.

Let this story inspire all judges and police

This patience, restraint and de-escalation exhibited by the judge (who is no pushover) and deputy sheriffs was the opposite of weakness, and was the very essence of keeping control of oneself and the circumstances in that acting out of anger and frustration can unleash ugly consequences. The judicial compassion and law enforcement patience and de-escalation earned them respect for their actions.

Contrast that to former Maryland judge Robert Nalley, whose lack of judicial compassion and hair trigger order (a few years after deflating a court custodian’s tires) to send electrical voltage through a constantly-interrupting pro se criminal defendant (when the jury was not present) cost Nalley his job , and got him a federal criminal conviction.

How many police, judges and lawyers are sufficiently experienced and prepared to deal with seriously mentally challenged suspects, criminal defendants, and other litigants? This Virginia Circuit courtroom witnessed handling the situation the right way.

Virginia criminal lawyer Jonathan L. Katz insists on criminal defendants at all stages being treated with compassion and sufficient patience by police, prosecutors, their lawyers, and judges. Jon will be delighted to discuss your case with you, through a confidential consultation scheduled through his staff, at 703-383-1100.