Skip to content
VIRGINIA CRIMINAL LAWYER • BEAT THE PROSECUTION
703-383-1100 • jonathan@katzjustice.com • Se Habla Español • On Parle Français
Home » Blog » Criminal Defense » Kick me is not the reply to a Virginia criminal investigation nor prosecution 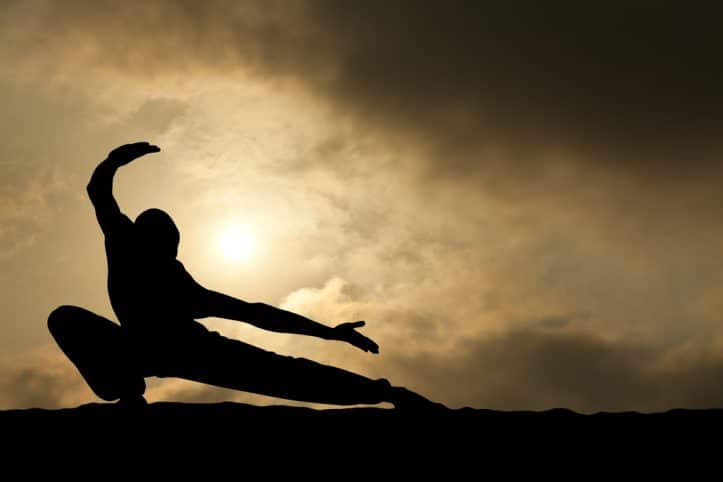 Kick me — or a variation on that theme — may be the response of many a Virginia criminal suspect or criminal defendant once the police nab them for a crime that they actually committed. As a Fairfax criminal lawyer, I know that the self preservation and self advancement internal response needs to be “I will find a way out of this.” This is particularly the apt response when knowing that no matter how much battering the Bill of Rights has taken over the decades, we repeatedly still have in-effect appellate court decisions that Virginia trial judges enforce that protect various rights of the accused — sometimes to the point of getting them acquittals and dismissals of their prosecutions — even with those who have indeed committed crimes.

How do I stand a chance against an armed police officer with a gun, taser, slapjack, asp, billy club, badge and power of arrest?

Police can feel their power all they want, but it is the judge and jury who decide the outcome of a Virginia criminal prosecution. Too many times, my clients tell me they waived their right to remain silent with the police or to decline searches and DUI-related field sobriety testing, in order not to get the police upset at them, or because they were guilty anyway. When you root for your favorite team at the stadium, do you root less out of concern that you will alienate or upset the opposing team or their fans? If you are falling down a flight of stairs, do you avoid grabbing onto the handrail out of concern that you will look weak or that you will smudge the handrail? When confronted by police, look out for yourself (and of course for your friends and relatives if they are with you at the time, but not by admitting to any crimes nor to abdicating any of your civil liberties). Who cares if standing up for yourself will perturb cops or any prosecutors? The cops and prosecutors threaten criminal defendants’ liberty. They are your opponents. Fully fight them within the bounds of law. Never ever proceed with a “kick me” approach.

How can even the best Virginia criminal lawyer help me when I am guilty as sin?

Many Virginia criminal defendants reason that they should not be investing much money in a lawyer if they are guilty. That is the “kick me” or falling on your own sword response. First of all, your alleged actions may not constitute a crime at all. Second, you may have powerful defenses that you never even knew about. Third, the Bill of Rights and other legal protections in the law provide many criminal defendants astoundingly powerful avenues to winning their cases hands-down or at least substantially reducing the risks of harsher outcomes, whether or not those protections aggravate many other people to the core. Obtain a lawyer who fully embraces your cause and your legal rights — rather than a lawyer who simply sees you as the source for more income — who will mine your case for all the possible winning avenues in your case.

But if I am guilty, why should I do anything other than seeking the best plea deal? That is like saying “kick me”

“Aw sh*t” may be the  initial reaction of one who thinks s/he has committed a crime, and is confronted by law enforcement. That is a variation of a “kick me” approach. It is vital to snap out of that mindset, and to get the defense and advice of a qualified Virginia criminal lawyer, who can make clear that the prosecutor has the sole burden to work to prove to find you guilty beyond a reasonable doubt. This latter right is entirely different than so many other countries that do not provide such rights to the accused. This means, for instance, that a conviction is not available if the prosecutor cannot at trial produce the necessary witnesses and evidence to convict. That alone is a reason why it is so crucial to assert your right to remain silent with the police, lest your words to the cops act as your being a witness against yourself. Even when you admit any wrongdoing to the police, you still have Constitutional protections that may enable  your lawyer to bar your words from being repeated in the courtroom. Also, admitting to a crime, by itself, is not enough to be convicted, unless the prosecutor presents at least slight evidence corroborating that admission.

What if I am innocent but am caught by police in suspicious circumstances? Certainly do not say kick me

Sadly, many innocent people get convicted for crimes they did not commit. Sometimes that is because the judge or jury reached the wrong verdict. Sometimes that arises from the innocent person’s pleading guilty or no contest out of fear of a worse outcome if convicted at trial. Certainly if you are or may be innocent, “kick me” is never the right response to being confronted by police or a prosecution. First, never think that your innocence will enable you to talk your way out of a police confrontation yourself. Even the most innocent person can mis-speak, be mis-heard, or have the police intentionally twist around their words. When you exercise your right to silence with the police, you provide them no words to twist around. When you decline to speak to a prosecutor nor judge rather than having a lawyer do so for you, you avoid unseen landmines and you have a shot at victory.

When a lawyer seems to promise great outcomes that sound too good to be true, should I run for the hills?

A capable Virginia criminal lawyer will be optimistic about finding and pursuing the winning possibilities in your case — together with the avenues to reducing your exposure to harm — while also being realistic about the hurdles along the path. It is one thing for a lawyer to express optimism about the possibilities for your defense, but entirely another thing for a lawyer to assure you a great outcome. The outcome of your criminal prosecution is in the hands of the judge and jury, and not in the hands of your Virginia criminal lawyer, who can only enhance your chances at victory, while working as a team with you. Therefore, if a Virginia criminal lawyer promises you a winning outcome, that probably is too good to be true, and probably a violation of that lawyer’s professional conduct obligations. Yes, do not proceed with a “kick me” approach, but do not, either, obtain a lawyer who overpromises your case results.

Going to trial sounds very expensive. Why should I make such an investment?

Even if a criminal defendant is hell-bent on obtaining the best possible plea deal, plea negotiations need to be from a position of strength. A prosecutor is more likely to agree to a favorable plea deal when facing the proverbial barrel of a loaded gun than when facing a wet noodle. If plea negotiations fall through, you need a capable lawyer to proceed to trial with you. Furthermore, if your potential lawyer is charging a flat fee, that may mean that his or her quoted fee includes proceeding to trial anyway, meaning no extra attorney fee bill if settlement negotiations fall through. Ask your potential lawyer about what his or her flat fee quote covers, and carefully read that lawyer’s contract for the same. Also ask your potential lawyer what your trial expenses may range, and what will be the likely ranges of court fines and costs in the even of a conviction. At the same time, keep your eyes on the prize of obtaining as much victory in Virginia criminal court as possible. Kick me is never the right response to a Virginia criminal investigation nor prosecution. The only thing that should get kicked is the prosecution itself, proverbially.

Fairfax criminal lawyer Jonathan Katz fights to the hilt for all of his clients facing Virginia DUI, drug misdemeanor and felony prosecutions. Find out the great things Jon Katz can do for your defense through a free in-person confidential consultation with Jon about your court-pending case. Call 703-383-1100 to schedule your appointment.