Massacres and mass violence this month – A criminal lawyer’s view 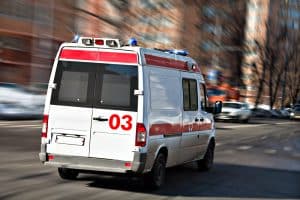 Massacres and mass violence this month – A criminal lawyer’s view

Massacres are not the only murders that merit attention, says Fairfax criminal lawyer

Massacres and mass violence this past weekend dominated the news. Mass murders have become so frequent that if I blogged about each one, this would become a massacre blog rather than a Fairfax criminal lawyer blog. Mass murders do not merit more attention than individual murders.

The El Paso Wal Mart massacre has resulted in twenty-two murders and around twenty-four people wounded. Suspect Patrick Crusius has been arrested. He previously wrote against an asserted “Hispanic invasion of Texas.” What a contrast to my passing through El Paso to Juarez to visit a friend in 1994 on what was a quiet day in a small city.

In Dayton, alleged shooter Connor Betts was shot dead by police after murdering his own sister and eight other people, and wounding twenty-seven additional people.

Adding to this past violent weekend are the separate shootings in Chicago of fifty-nine people, with seven killed.

Throughout modern times, the United States has been an overly violent society, starting with homicide and rape, and including virulently racist violence during the Jim Crow times in the South and before. My delight in representing criminal defendants — with prosecutions involving both allegedly violent and non-violent activities — does not mean I condone violent crimes, but that I love helping my fellow humans and love the fight, and that I believe strongly in the presumption of innocence, assuring justice for all, keeping reins on our overgrown criminal “justice” system, breathing life into the Bill of Rights, fighting draconian sentencing schemes, and eliminating executions.

Working to stamp out evil does not always bring angelic results. After the recent massacres, we need look no further than the civil liberties-violating post September 11 PATRIOT Act to know that. Before pursuing further gun control, let us not throw the Second Amendment out the window lest the same be done with other provisions of the Bill of Rights, and let us be mindful that gun control also has brought us draconian mandatory minimum sentencing when the firearms are connected even to two-bit drug selling.

Locking people up does not solve the roots of crime, but instead warehouses those convicted of crimes. Most convictions do not bring life sentences nor the death penalty, so most convicts ultimately get released back to the streets. Recidivism can be reduced if they are treated as humans rather than numbers while incarcerated, provided access to education and skills training, and not treated as unemployable for their convictions. Thanks to the Second Chance Project and such companies as Dave’s Killer Bread f0r supporting employment of ex-images).

All murderers and those responsible for massacres started as innocent babies, but ultimately took a violently wrong turn. So many violent people feel marginalized, traumatized, misunderstood and uncared for. It takes little effort to show others the kindnesses of understanding, patience, and listening, rather than flipping other drivers the bird and treating others as invisible. No, kindness will not change the world overnight, but it is an important start in the right direction.

Fairfax criminal lawyer Jon Katz believes that every criminal defendant merits a fully effective defense and being fully treated as a human being. Jon can be reached at 703-383-1100, jon@katzjustice.com .