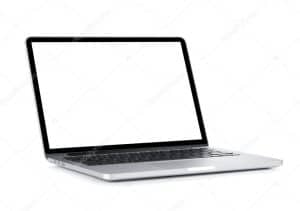 Max Hardcore — the stage name for Paul LIttle — in 2008 received a 46 month prison sentence on his federal court obscenity conviction that followed a jury trial. As a Fairfax criminal lawyer deeply opposed to obscenity due to free expression and First Amendment views, I oppose this sentence as too harsh, even though at the bottom  of the advisory/voluntary sentencing guidelines.

As Max’s lawyer told Adult Video News/AVN, Little’s prior DUI conviction bumped him from a level one criminal history to a level two criminal history, and thus increased his sentencing guidelines. This is among the reasons I warn my clients against jumping too quickly at pleading guilty to any crime.

On appeal, the only issue on which Max prevailed was his challenge on one point assessed by the trial judge at sentencing for income earned over $30,000 from the obscene material. A PACER review shows that the resulting 2011 resentencing resulted in 41 months in prison versus the original 46 months in prison. U.S. v. Little, Case No. 8:07-CR-170-T-24MSS (M.D. Fla.).

Virginia criminal lawyer on the ambiguous definition of obscenity

What is obscenity? Nobody knows until the jury rules, because obscenity cannot be sufficiently defined. A jury across the courthouse hallway might even reach an opposite conclusion. Therefore, the Supreme Court’s obligatory Miller obscenity test gives little First Amendment protection.

The Miller doctrine requires that, inter alia, the jury determine “whether the average person, applying contemporary community standards would find that the work, taken as a whole, appeals to the prurient interest, and (3) whether the work, taken as a whole, lacks serious literary, artistic, political, or scientific value.” Miller v. California, 413 U.S. 15 (1973). If one self-censors to avoid the personal and financial cost of defending against an obscenity prosecution, the First Amendment is dishonored and battered. If one does not self-censor and is prosecuted for obscenity, the First Amendment also is dishonored and battered.

Do not think for a moment that obscenity prosecutions will be limited only to such over-the-edge videos as those from Extreme Associates and Max Hardcore, both having branded themselves for rough and often degrading sex. Prosecutors focus on such extreme sexual material to avoid acquittals from jurors seeing images found on hotel pay-per-view, and to fly under the radar of a larger public outcry against such prosecutions, as prosecutors move closer and closer to prosecute films that depict sex that is little different than the activities of millions of married couples.