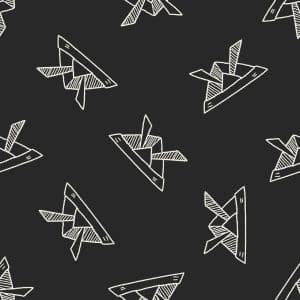 Motions and other key procedures are part of the essential bread and butter for criminal defense. As a Virginia criminal defense attorney, I continue with the second part on this topic. The first part is here.

– If a jury convicts for a felony or Class 1 misdemeanor, the jury will recommend a sentence, only permitted to recommend active jail time and/or an active fine amount. Va Code § 19.2-295.1. The sentencing jury is not instructed on the judge’s option to reduce (Batts v. Com., 30 Va.App. 1, 515 S.E.2d 307 (1999)) nor suspend (Va. Code § 19.2-303; Duncan v. Com., 2 Va.App. 342 (1986) (with a probation period imposed for any suspended incarceration time) part of the jury’s recommended sentence. The jury is not advised about Virginia’s discretionary sentencing guidelines, which apply to felony cases other than Class 1 felonies. Va. Code § 19.2-298.01. The jury is not permitted to recommend a sentence below the statutory minimum, even though the judge is permitted to suspend part of the statutory minimum sentence unless it is a mandatory minimum sentence. Judges do not always reduce or suspend a jury’s sentencing recommendation, but the jury’s recommendation caps the final sentence imposed by the judge.

– For felony sentencing, the court “shall, in addition to any other punishment imposed if such other punishment includes an active term of incarceration in a state or local correctional facility, except in cases in which the court orders a suspended term of confinement of at least six months, impose a term of postrelease supervision of not less than six months nor more than three years, as the court may determine. Such additional term shall be suspended and the defendant placed under postrelease supervision upon release from the active term of incarceration.” Va. Code § 19.2-295.2(A).

– When a defendant testifies at trial even in a limited scope, that opens the door to the prosecutor’s cross-examining him about anything relevant to the prosecution. Drumgoole v. Commonwealth, 26 Va. App. 783 (1998).

– “[W]hen a defendant testifies in support of a motion to suppress evidence on Fourth Amendment grounds, his testimony may not thereafter be admitted against him at trial on the issue of guilt unless he makes no objection.” Simmons v. United States, 390 U.S. 377 (1968).

This is the second part of a two-part article. The first part is here.

Virginia criminal lawyer Jonathan L. Katz focuses on a winning defense against your felony, misdemeanor, DUI, drug and sex prosecution. To discuss your case with Jon Katz, please call his staff at 703-383-1100 to schedule a confidential consultation.