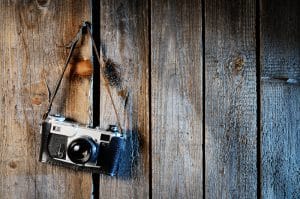 Nude photo requests by adults to minors is a crime in Virginia. As a Fairfax criminal defense lawyer, I know that even if the seeming minor is not a minor but the requestor has reason to believe it is a minor, that is still a crime.

Timothy Ducharme was convicted by a jury of using a communication device to solicit a minor for the production of child pornography in violation of § 18.2-374.3(B), which is a Class 6 felony, carrying up to five years in prison for soliciting such a nude image. Ducharme v. Virginia, ___ Va. App. ___ (Aug. 6, 2019). The defense produced a rabbit out of the hat by getting a sentence only of a fine and not one moment in jail.

Ducharme communicated online with a minor female who purportedly went back and forth between saying she was 16 and then 18 and then 16 again. She willingly spent time with Ducharme and willingly emailed him a nude photo of herself at his request. Willingness by a minor to engage in such activity with an adult is not a defense against a crime.

Curiously, Ducharme does not mention Aschcroft v. Free Speech Coalition, 535 U.S. 234 (2002), which generally limits child pornography convictions to nude images of actual minors, rather than adults who look like minors. Here, of course, Ducharme was convicted not of producing nor possessing actual child pornography, but of soliciting a minor for such activity

When in doubt about age, do not engage in sexual activity with the person

Fairfax criminal lawyer Jonathan L. Katz pursues your best defense against felony, misdemeanor, and DUI prosecutions. To discuss your case with Jon Katz, please call his staff at 703-383-1100 to schedule a confidential consultation.