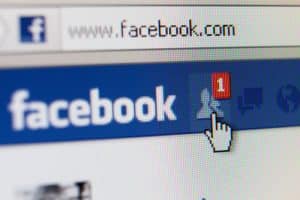 Object to inadmissible jury sentencing evidence, or have the Virginia criminal defendant suffer the consequences. As a Fairfax criminal lawyer, I know that in the heat of battle the defendant’s lawyer needs nevertheless not to overlook both objecting timely when an objection needs to be made against the prosecutor’s evidence, but also to state all necessary grounds for the objection in order to preserve the right to appeal, and even to convince the judge to sustain the objection.

Unfortunately, Andarion Lorenzo McInnis’s lawyer did not state all relevant objections to keeping out damning Facebook postings at jury sentencing, the jury saw the Facebook postings, and the Virginia Court of Appeals affirmed the admission of such social media evidence. McInnis v. Virginia,  Record No. 1934-17-1 (Va. App. Dec. 4, 2018) (unpublised).

McInnis’s jury convicted him of  use of a firearm in the commission of murder, use of a firearm in the commission of a robbery, robbery, and conspiracy to commit a robbery in relation to an illegal Xanax purchase that he had arranged. (Xanax is a brand name for the Schedule IV drug alprazolam, which for unlawful possession only carries up to six months in jail, as a Class 2 misdemeanor). As with all Virginia criminal felony and Class 1 misdemeanor trials involving a jury conviction, McInnis’s jury conviction next proceeded to a sentencing hearing before the jury. In the prosecutor’s case in chief at the sentencing hearing before a jury, the Commonwealth can only present “[1] any victim impact testimony pursuant to § 19.2-295.3 and [2] shall present the defendant’s prior criminal history.” Va. Code § 19.2-295.1.

That foregoing narrow universe of sentencing information that can be presented by the prosecution to a Virginia jury (absent any rebuttal evidence to any sentencing evidence presented by the defense) does not cover Facebook postings. Nonetheless, the prosecutor at McInnis’s sentencing hearing  presented to the jury “evidence of Facebook posts allegedly made by” McInnis the day after his crime, offering to sell Xanax (which offer is illegal, seeing that it is a crime for a layperson to sell prescription drugs).

“Although it is difficult to comprehend how the Facebook posts were permissible victim impact testimony pursuant to Code § 19.2-295.1, McInnis did not present that argument to the trial court. His objection was limited to relevancy and prejudice. In failing to raise Code § 19.2-295.1, he prevented the trial court from timely consideration of the objection and a proper ruling on its merits. This is precisely the harm that Rule 5A:18 was designed to prevent. Furthermore, McInnis does not invoke the good cause or ends of justice exceptions to Rule 5A:18 and the Court will not apply the exceptions sua sponte. Edwards v. Commonwealth, 41 Va. App. 752, 761, 589 S.E.2d 444, 448 (2003) (en banc). Accordingly, Rule 5A:18 bars this Court from considering whether the testimony was admitted in violation of Code § 19.2-295.1.”

Ouch. Although criminal defense lawyers need to consider whether an objection will cause more harm with the jury than possible good if sustained by the trial judge or beneficial on appeal, here McInnis’s lawyer did object to the Facebook evidence at sentencing, so no downside existed to stating that the evidence was not admissible under Va. Code § 19.2-295.1.

Fairfax criminal lawyer Jonathan L. Katz has successfully defended hundreds of criminal defendants at trial, and will be delighted to discuss your Virginia criminal case through a confidential consultation scheduled through Jon Katz’s staff at 703-383-1100.