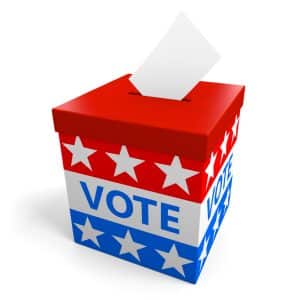 Prosecutorial elections are hotly contested in Fairfax County and Loudoun County, Virginia. As a Fairfax criminal lawyer, I know that those two counties’ chief prosecutors overprosecute, for starters, by not often enough including sentencing in felony negotiating rather than negotiating merely based on felony counts, and not often enough agreeing to waive jury trials (which can involve wildly swinging jury sentencing recommendations) when criminal defendants elect a bench trial.

The respective democratic prosecutorial candidates in Fairfax and Loudoun present themselves as reformers, with Fairfax candidate Steve Descano providing more specifics on his website than the excessive generalities on Loudoun candidate Buta Biberaj’s website. Descano firmly opposes the death penalty but Biberaj will not go as far as that. Virginia, the capital of the confederacy, has a shameful history of slavery, post-bellum racist violence, Jim Crow, and leadership for years in executing people. It is time for Virginia to join the many states that no longer execute people.

Their respective prosecutorial challengers Jonathan Fahey (Independent) and Nicole Wittman (R) offer the status quo/ business as usual, with the overly simplistic slogan of experience mattering (Descano does seem too inexperienced in the courtroom, but will be able to have over two dozen experienced trial lawyers prosecuting in court; Biberaj has plenty of criminal trial experience), keeping the community safe, when community safety does not benefit, for instance, from the Loudoun prosecutors’ office overly aggressive prosecution approach to marijuana, and does not benefit, for instance, when the Fairfax prosecutor’s office pursues prostitution sting prosecutions.

Right now, self-styled reformer Parisa Dehgani-Tafti (D) runs unopposed to become the chief Arlington County prosecutor. If Descano and Biberaj win, that will spell an unbroken chain of self-styled reformer prosecutorial chiefs in Northern Virginia, replacing heavily entrenched business as usual prosecutors’ offices, with that entrenchment having lasted at least since the 1970’s in Arlington, and since the 1960’s in Fairfax.

Fahey in Fairfax and Wittmann in Loudoun are slamming George Soros as a source outside Virginia for funding prosecutorial candidates Descano and Biberaj. Soros apparently funds the Justice and Public Safety PAC, with at least $56,000 from JPAP having gone to Biberaj, and it being unclear to me how much Descano has received from JPSP after the primary election).

Fahey and Wittmann need to know that Soros (born Jewish in Hungary) is commonly used as a source for anti-Jewish bigotry, even of the violent type. Whether Fahey’s mailer depicting Descano as a “dark money” puppet is bigoted depends partly on whether Fahey or the mailer’s creators know of the bigoted ways in which Soros and the Jewish Rothschild banking family have been depicted over the decades as puppeteers of government officials.

Prosecutorial candidates Fahey and Wittmann are banking on the status quo for their bids to become Fairfax’s and Loudoun’s next chief prosecutors, while Descano and Biberaj are calling for reform. Both counties have plenty of voters wanting enlightened prosecution that serves the entire public, victims and criminal defendants, rather than an entrenched prosecutor-police hand-in-glove overpoliced and overprosecuted state.

Fairfax criminal lawyer Jonathan L. Katz pursues your best defense against felony, misdemeanor and DUI prosecutions. To discuss your case with Jon Katz, please call his staff at 703-383-1100 to schedule a consultation.