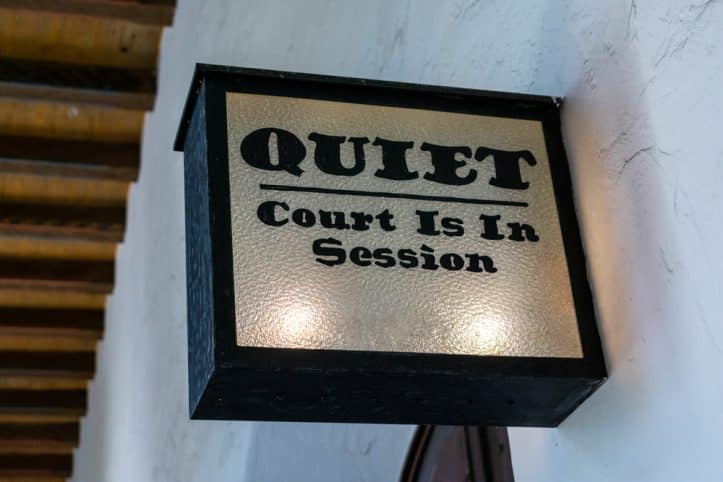 Rule on witness violations can put at risk the fairness of a Virginia criminal defendant’s trial or hearing. As a Fairfax criminal lawyer, I routinely ask the judge to invoke this rule, also known as a sequestration order — Va. Code § 19.2-265.1; Va. R. Evid. 2:615 — which bars the prosecutor’s and defendant’s witnesses from being present in the courtroom before or after they testify, until they are excused as witnesses; not to discuss their testimony before the proceeding concludes; and not to listen to others discuss the case before they are excused.

Rule on witness violations should be infrequent so long as Virginia prosecutors and criminal defense lawyers sufficiently explain the rule to each of their witnesses before a criminal trial, and remind each witness of the same on each hearing and trial date. The written and oral explanation to a lawyer’s witness about the rule can be as simple as: “You are only permitted in the courtroom while on the witness stand, until the hearing or trial finishes, unless you are released in advance as a witness. You may not discuss your testimony before the hearing or trial finishes. You are not permitted to listen to other people discuss the case before the hearing or trial conclude. If you become aware of a violation of this rule by anyone — whether by a witness or by anyone else talking with witnesses about the case — you should reveal this to the court or the lawyer who called you as a witness, no later than the time you are called to the witness stand (if you are already aware by then of a violation of this rule).”

Why did a prosecution witness in John Ndunguru’s criminal trial observe twenty minutes of the first witness’s testimony?

Had the foregoing admonition for preventing rule on witness violations been presented in writing and orally to the prosecution witnesses in John Ndunguru’s Virginia criminal fraud trial, prosecution Alice George should not have been present at all — let alone for twenty minutes — during the trial testimony of the first prosecution witness. Here, the prosecutor’s effort to maintain the rule on witnesses by having an investigator observe who entered the courtroom was insufficient, because that designated investigator had to leave the courthouse for a family emergency, and the replacement investigator did not know what witness Alice George looked like. Ndunguru v. Virginia, ___ Va. App. ___ (Aug. 3, 2021).

How does Virginia law address violations of the rule on witnesses

Following is the essence of the remedies for Virginia rule on witness violations — whether by the witness’s hearing about the case inside or outside the courtroom while the trial is taking place.

“Factors to be considered in resolving the question include whether there was prejudice to the defendant and whether there was intentional impropriety attributable to the prosecution. It is also pertinent whether the out-of-court comments concerned any substantive aspect of the case and whether they had any effect of the witness’ testimony. See United States v. Buchanan, 787 F.2d 477, 485 (10th Cir. 1986). In Huddleston v. Commonwealth, 191 Va. 400, 405 (1950), we explained that ‘the purpose of excluding
the witnesses from the courtroom is, of course, to deprive a later witness of the opportunity of shaping his testimony to correspond to that of the earlier one.’ Bennett v. Commonwealth, 236 Va. 448, 465 (1988).”

On appeal to the Virginia Court of Appeals, Ndunguru alleged that the foregoing situation fell in the category of rule on witness violations. In rejecting that argumnet, Nduguru states that: “This Court has addressed this issue and held that it was an abuse of the trial court’s discretion to exclude testimony where ‘[t]here was no showing that [a witness’] presence in the courtroom influenced his testimony’ after an unintentional violation of an exclusion order. Jury v. Commonwealth, 10 Va. App. 718, 721 (1990).  Here, prosecution Alice George only heard the first witness identify one of the prosecution’s exhibits. In that regard: “After hearing argument encompassing each of the cases quoted below and after reviewing
George’s testimony in detail, specifically relying on Young v. Commonwealth, No. 1744-17-1
(Va. Ct. App. Oct. 30, 2018), the trial court held: ‘[s]o at this point we don’t – the [c]ourt does
not have evidence that [the overheard testimony] has shaped or had an adulterating effect on her
testimony so as to unfairly prejudice the defendant.'” Rule on witness violations should be infrequent by following my foregoing suggested approach.

Fairfax criminal lawyer Jonathan Katz pursues your best defense against Virginia DUI, felony and misdemeanor prosecutions. Jon Katz has successfully defended thousands of criminal defendants, and will be delighted to discuss the positive difference he can make in your defense. For a free confidential consultation with Jon about your court-pending case, please call 703-383-1100.

Posted in Criminal Defense and tagged judicial discretion, rule on witnesses, witness testimony
← Virginia DUI Victory from Successful Challenge of the ArrestConsensual nudity does not mean consensual videotaping in Virginia →