Why allow inmate snitch testimony to cause an inmate’s execution? Testimony from inmates serving substantial prison terms can too often be expected to be manufactured for seeking to improve their lot, with little concern about the truth.

Sadly, on October 12, 2017, Texas executed Robert Pruett for the gruesome stabbing murder of a prison guard, apparently with no physical evidence, but instead inmate snitch testimony (see here, here and here). 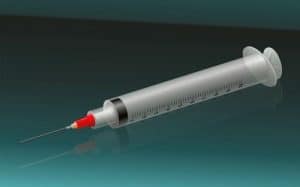 The death penalty is irreversible, and must not be permitted with inmate snitch testimony absent sufficient physical evidence

It is one thing to permit a severe non-death penalty sentence on the basis of inmate snitch testimony. At least such a conviction can be reversed if later proven mistaken. However, execution is final and irreversible, which is among the reasons the death penalty must be abolished.

Unfortunately, remnants of a wild west/frontier mentality combined with overly simplistic “get tough on crime” politicians and voters keep the death penalty machine legal and active in the majority of the United States and at the federal level, particularly in such death penalty machine states as Texas.

Support the ongoing state-by-state elimination of the death penalty

Fortunately, the death penalty slowly but surely has been abolished in several states. However, in the majority of states, capital punishment remains legal. Sadly, when I raised my objection to the death penalty to a criminal defense lawyer who a few years ago sought my support for his ultimately-failed Democratic Virginia house of delegates primary battle, he dismissed my view offhand as not likely to come to fruition. Despite politicians alienating any potential voter whose views the politician will not take seriously, those of us against the death penalty need to talk up this issue to our elected officials and to the public.

Fairfax criminal lawyer Jon Katz defends clients with charges from DUI to drugs to murder. For a confidential consultation with Jon, please call his staff at 703-383-1100.