Suppression motion loss does not necessitate a Virginia criminal conviction 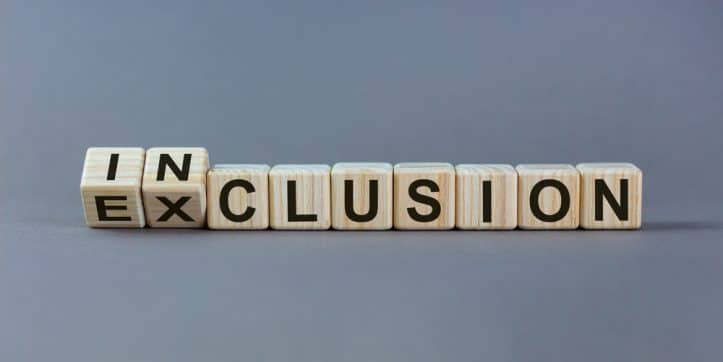 Suppression hearings are a vital part of Virginia DUI and criminal defense. As a Fairfax DUI lawyer / criminal attorney, I have won many trials at the stage where I argue that the police unlawfully stopped or arrested my client, either without reasonable articulable suspicion for the stop or without probable cause for the arrest, in violation of the Constitution’s Fourth Amendment barring unlawful searches and seizures by police. The other areas that are often ripe for the Virginia criminal defense lawyer to move to suppress are the criminal defendant’s statements (argued under the Fourth, Fifth and/or Sixth Amendments to the Constitution) to the police and searches of the defendant’s person and property (argued pursuant to the Fourth Amendment). While losing a motion to suppress evidence closes off one avenue of Virginia criminal defense, still left open is to argue to strike the prosecutor’s evidence as insufficient to satisfy each and every element of the alleged crime, and to argue lack of probable cause to convict the defendant (whether or not the defense presents evidence).

If my bench trial judge denies my Virginia criminal lawyer’s suppression motion, will I be convicted?

DUI and criminal defendants should not lose hope at trial over a judge’s overruling their Virginia criminal defense lawyer’s objections or granting prosecutor’s objections, nor for denying defense suppression and other motions. What is key at the end of the day is whether the criminal or DWI defendant has won the case, rather than how the individual battles at trial have resulted. For my Fairfax criminal trials, I knew that a now-retired Fairfax General District Court judge who was known to acquit more often than most of his colleagues had a high threshold before he would convict for a finding that the prosecutor had presented evidence establishing guilt beyond a reasonable doubt, but a low threshold for finding probable cause to arrest the defendant. When I know of these and other material proclivities of a judge, I tell that to my clients prior to trial.

Should I wait for the results of my Virginia motion to suppresion evidence before I accept the prosecutor’s last plea offer?

Proceeding to trial means that the Virginia criminal defendant has rejected the prosecutor’s last settlement / plea offer, unless the parties agree to keep that offer open during trial. For a recent Fairfax DUI trial of mine (under Virginia Code § 18.2-266) with a particularly high blood alcohol concentration (BAC) blood analysis from the Virginia Department of Forensic Science (DFS), the high BAC result was offset by the police officer’s having told my client he was under arrest for allegedly violating the Virginia DUI law, when my client was still sitting in his car, having refused field sobriety tests, and after having engaged in erratic driving behavior that was caught on videotape. I got as far as receiving a no active jail plea from the Fairfax prosecutor in this case where the high BAC result risked active jail time. While the prosecutor would not budge from that plea offer, he sweetened the deal by offering to proceed with presenting and arguing my motion for suppression of the arrest of my client, and to get an acquittal if the judge suppressed my client’s arrest, and to proceed with the plea deal if the judge ruled that his arrest by the Fairfax police officer was lawful. By our telling the judge pretrial of that agreement, that made the prosecutor’s offer enforceable by the judge.

Is it common for Virginia prosecutors to keep plea offers open even after a motion to suppress hearing or trial begins?

Virginia prosecutors commonly want plea deals to be concluded before trial or motion to suppress proceeds forward. The reason for that is both to save the time and effort of the prosecutor and his or her witnesses, and also to preclude a trial victory or suppression motion win by the criminal defense lawyer. Nonetheless, in a recent Fairfax DUI trial, when the judge had already ruled against the defense arguments to suppress and exclude evidence that were likely the only avenue to acquittal, with my client’s agreement, I walked up to the prosecutor and said “Offer accepted.” This Fairfax prosecutor could have simply pointed out the truism that proceeding to trial extinguished his last offer, but he agreed to proceed with his last settlement offer. Further, if a criminal defendant only wants to decline the prosecutor’s last plea offer in order to endeavor to win a suppression motion or essential evidentiary argument(s), the defendant and his or her attorney should talk about whether to tellt the prosecutor that if the prosecutor will leave the offer open through the point that the judge rules on the Virginia criminal lawyer’s motion to suppress evidence, that the defendant will accept the last plea offer if s/he loses that motion. Of course, Virginia judges are not required to accept criminal sentences agreed to by the parties, so such an agreement needs to leave the defendant the option to not proceed with a guilty or no contest plea in the event that the judge rejects the deal.

How complex is the defense of my criminal prosecution, and how advanced a Virginia criminal lawyer do I need?

This article alone underlines how complex is Virginia criminal defense, with motions about a multitude of matters, settlement negotiations that often call for novel approaches and certainly to be backed up by trial readiness, and proceeding to trial. Nothing beats having a criminal defense lawyer with excellent ability and experience handling this entire approach to Virginia DUI and criminal defense. Fairfax criminal lawyer Jon Katz for years has successfully defended people accused of Virginia DUI, felony and misdemeanor offeneses. Learn what Jon can do for your defense, through a free in-person confidential consultation about your court-pending case. Call 703-383-1100 to schedule your appointment with Jon.