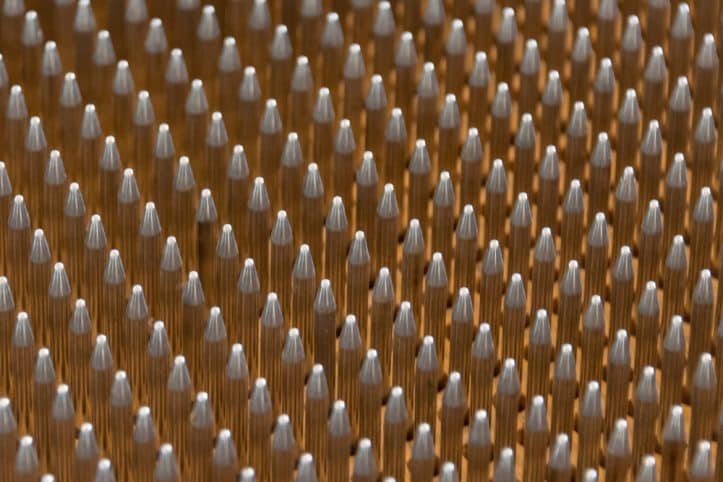 Tough as nails is the way to defend against Virginia DUI and criminal prosecutions. As a Fairfax DUI and criminal lawyer, I know that by not expecting any leeway from a prosecutor, a criminal defense lawyer overcovers risk, which is as it should be. Today’s blog entry was inspired when I was simply reviewing a newer Virginia DWI client’s file at a court clerk’s office, and came across the prosecutor’s notice of intention to introduce the blood alcohol content (BAC) certificate of analysis without needing witnesses to do so, unless of course the defense met the fourteen-day time window to object, mind you not fourteen days from the day of receiving notice of such a filing, but fourteen days from the date the prosecutor files the notice with the court. At first I wondered why I had never seen this notice, as a copy of everything a lawyer files with the court ordinarily has to be delivered to the opposing lawyer. Upon closer review, I saw that the prosecutor had mailed the notice to my client a mere day before he hired me. Because I proactively file an objection to such a notice soon after being hired — whether or not I know if the prosecutor has filed such a notice — I had timely and proactively met the statutory objection filing deadline, by having filed my objection only two days after the prosecutor filed his notice and only mailed a copy to my client.

Why should I obtain a qualified and tough-as-nails Virginia DUI lawyer early in my case?

A Virginia DUI and criminal defendant need nothing less than a tough-as-nails mercenary in their defense lawyer, one who is not rattled by prosecutorial nor police shenanigans, nor even serious mis-steps by a judge (the ideal is for no judges to make mis-steps) but instead relies not on any good hearts from opponents nor correct rulings from the bench, but enters the courthouse like a victorious gladiator ready for all landmines and booby traps that might be present, and to transcend, neutralize and reverse them as best the defense lawyer can. It does not hurt when the defense lawyer eats up the experience of defending his or her client — as I do — regardless of how fair or foul the opponent is playing. A lawyerless Virginia DWI or criminal defendant does not stand a chance alone against an opponent’s merciless actions.

On at least one occasion, a Virginia DUI defendant hired me after the fourteen days had elapsed to file an objection to the prosecutor’s already-filed notice of intention to present the BAC certificate of analysis without needing testimony. Upon being hired, I immediately filed the objection anyway, followed by my asking the prosecutor to agree that my objection was timely filed. His response was non-committal. I was at first livid at such urinating on the Sixth Amendment right to effective assistance of counsel, including giving the defendant a reasonable amount of time to find the right lawyer and to obtain the funds to do so. Then I remembered that non-anger is always the way in battle and as being an effectively tough-as-nails Virginia DUI defense lawyer. One or more colleagues have told me about how they like this prosecutor. Let them, and if they get blindsided by him, then maybe they will whistle a different tune.

Powerful equanimity and being tough as nails is essential in battling even the lowest-acting of prosecutors, always with the absence of anger and animosity

We do not get angry at the wild animal who chases and attacks us, nor the neighbor’s dog who is always a charm to be around, until that one day that it aims at our jugular vein. That is because we do not see them as having the capacity to act out of evil motivation nor to betray us, nor do we expect anything from them at all, just as we do not get angry at a hurricane, volcano, tornado nor tidalwave. Merely because humans can deceive, form evil intentions and know the difference between goodness and viciousness does not justify our losing our own powerful calm and groundedness. It is a challenge. Letting oneself get upset at a trespassing prosecutor hands our power to that prosecutor, and events can then spiral downward from there. The effective tought-as-nails DUI defense lawyer approach does not get angry, rattled nor upset, but keeps on fighting for the best possible result for the defendant.

What makes a prosecutor act below the line? Viciousness? Amorality? Being unawakened?

Does the above question really need to be answered? A dangerous dog is dangerous no matter its motivations. While we have the parable of the angry lion who is angry only because a thorn has pierced its paw, who wants to risk the lion’s claws by endeavoring to remove the thorn in the first place? Opponents on the military battlefield do not stop firing their machine guns out of mercy, and a Virginia DUI and criminal defendants should rely on nothing better from the prosecutor nor opposing police. Thankfully, many prosecutors and police are upstanding, but the tough-as-nails defense must rely on its own fight to win, and not on opponents to do so.

What does the Virginia fourteen-day BAC report objection have to do with all of this?

The above-described fourteen-day window to object to the prosecutor’s filing a notice of intention to present BAC evidence without witnesses presents an important lesson in dealing with prosecutors. Rather than my handing them my power by waiting to see if they file such a notice and get me the notice on time, I simply proactively file such an objection early on — whether or not I know if the prosecutor has filed such a notice — and file a new objection after each such notice is filed by the prosecutor. This proactive tough-as-nails approach eliminates this entire matter as being any real hurdle, and enables the Virginia DUI and criminal defendant to continue approaching the victory line.

Criminal defense lawyers need to be merciless to prosecutors and police

Maybe the answer to why at least some prosecutors seem to act below the line stems from their own experience with certain criminal defense lawyers. So be it. I, for one, believe in being compassionate to all, but remaining tough as nails and never letting that compassion make me hesitate to pull the proverbial trigger, always within the bounds of the law and lawyer professional conduct rules. This approach must never spring from viciousness nor of wanting to settle scores. The courthouse is a battleground, and your lawyer will ideally welcome the battle, and welcome winning all the more, as do I.

Fairfax DUI lawyer Jonathan Katz keeps his eyes focused on victory at every turn, and does not let himself get distracted by the efforts of prosecutors and police to misdirect nor derail the defense. To learn the positive impact that Jon Katz can have on your defense, call 703-383-1100 to schedule a free in-person confidential consultation with Jon about your court-pending case.