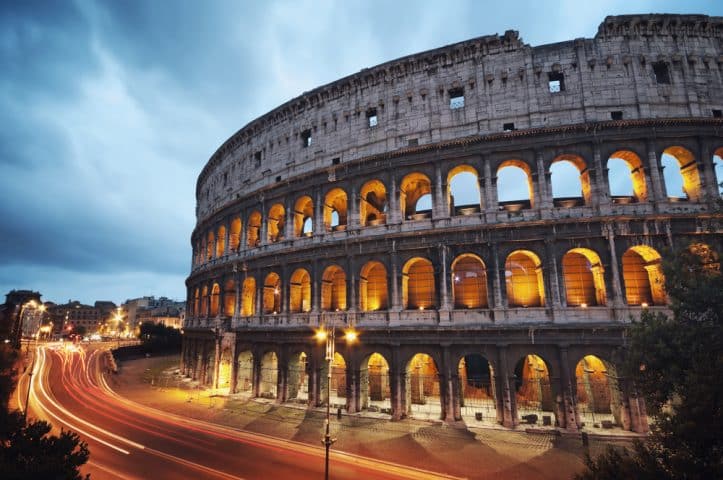 Battling fully is an essential part of pursuing the best defense in Virginia criminal court and any court. As a Fairfax criminal lawyer and martial arts practitioner, I know that this does not men exercising full force when only less force is needed (and using the opponent’s energy to the defendant’s advantage can be even better), but that the defense must never rely on the prosecution nor police to do the right thing, nor to interpret the law and judicial orders the same as the defense, and the criminal defense must always be ready to exercise as much force as needed, lawfully, to accomplish its goals. While it is great when a prosecutor, police officer or judge are a pleasure to deal with in every way (but I prefer a nasty-tongued prosecutor whose actions bring me closer to victory, than the opposite in a prosecutor), even under those circumstances they have their own agenda that does not usually match that of the defense, which is reason enough for a Virginia criminal defense lawyer to go to court fully armed, knowing how to use each proverbial weapon and when, and knowing when to unsheathe and sheathe each weapon.

Not all prosecutors, police and judges are mean spirited or icy-veined, but there are plenty among them. Criminal defense is not about getting the most favorable prosecutor but about battling fully, wisely, and effectively. As always, the Gladiator with Russell Crowe is one of my favorite movies, and the Roman Colosseum is one of my favorite places, not out of glorification of sadistic nutjobs who enjoyed watching or forcing such battles to the death, but because the film represents the possibilities for the criminal defense to obtain victory in court even when the rules, evidence and other circumstances do not favor the defense, even when the audience thinks it wants blood against the defendant, and when the rules are not followed by anyone else in the first place. Furthermore, the right to a jury trial and to appeal are mechanisms to transcending, respectively, jaded or unhelpful assessments of the evidence by the judge and improvident or outright wrong judicial legal rulings; neither avenue is automatically a panacea, but are important tools in the criminal defense lawyer’s arsenal.

What if the Virginia prosecutor extends an undesirable plea offer, does not provide complete nor timely discovery, or objects to a defense trial rescheduling motion?

In battling fully for the Virginia criminal defense, the above questions bring us right back to not letting the assistant commonwealth’s attorney / prosecutor call the shots. Once the prosecutor knows that none of his or her actions can bend the criminal defense lawyer nor defendant out of shape, the prosecutor may act more out of reasonable actions than trying to play head games or psychological warfare with the defense. Time and again, I have seen prosecutors make better plea offers when they have seen the defense’s unshaken and cool-headed resolve to proceed to trial, with full preparedness. When prosecutors do not turn over evidence completely or else not timely, the defense can file and argue a motion to compel production of discovery. When the prosecution declines to consent to a defense motion to reschedule trial — whatever the reason, including if due to late-provided discovery, a prosecutorial discovery data dump on the defense only one or two business days before trial, or a subpoenaed witness who has fallen ill — then the defense needs to be ready timely to move for judicial relief on the matter, including showing a paper trail of all the good faith efforts the defense made in the matter, including issuing and serving timely and correctly-worded witness subpoenas, sending good faith emails or faxes to the prosecution in working to resolve discovery and other matters, and overall showing good faith efforts first to resolve any procedural dispute before necessitating seeking judicial intervention. On the other hand, he who hesitates can lose; the defense must timely file and argue motions for relief, sometimes even when still pursuing resolution with the prosecution.

Judges welcome civility and open lines of communication between criminal defense lawyers and prosecutors, and cannot stand pettiness nor unnecessary sniping among them

Among the powerful and genius things about battling fully and always being trial-ready for the criminal defense is that it removes personal grudges and animosity from the equation, at least for the defense. In so doing, the Virginia criminal defense lawyer avoids judges thinking that the attorney is being uncivil, petty, or unwilling to work with the prosecutor to resolve matters between them being going to the court for intervention Instead, this approach is all about the criminal defense lawyer’s putting himself or herself in the spirit of being fully prepared for court and smiling when s/he objects, because with each objection and each argument to the judge and jury comes the opportunity to get that much closer to winning the courtroom battle and even the war.

Mere flexing of muscle does not win. Skilled and relentless battle does.

Laughable is all the psychological warfare moves that many police and prosecutors will engage in. At some point, I simply remind them that I did not just fall off the vegetable truck, or that they are wasting their mind game shenanigans on me rather than on a lawyer who is not ready for prime time. As with nasty-tongued schoolchildren taunting the new kid on the block, battling fully and fighting unflappably and effectively for the criminal defendant no matter how much proverbial feces and dirt is being thrown by the opponent sometimes neutralizes the opponent and even sometimes makes them more respectful and friendly, to a point, to the criminal defense lawyer. However, such a turnaround of the opponent is a byproduct of good criminal defense lawyering, and not the goal.

A criminal defendant does not need to be concerned if his or her lawyer is acting kindly to the prosecutor or police, so long as the defense lawyer will unhesitatingly, skillfully and lawfully use any weapon needed to obtain as much victory as possible for the defense in battling fully, even if that fight ends up humiliating the opponent or opposing witnesses, or worse. On the opposite end, the criminal defendant should not be overly concerned about whether his or her lawyer will “piss off” the prosecutor or police. Certainly, the a criminal defendant does not want his lawyer kissing anyone’s ass. The goal of criminal defense is to obtain as much just as possible. If that can be done with limited damage to the opponent, fine. If severe damage will result to the opponent on that path, fine as well. This is all about fighting for the criminal defendant.

Fairfax criminal lawyer Jonathan Katz has successfully defended thousands of criminal defendants, and fully fights for each client against Virginia DUI, felony and misdemeanor prosecutions. By the time you conclude your initial consultation with Jon, you will feel more confident and knowledgeable about your defense. For a free in-person consultation with Jon about your court-pending criminal case, call 703-383-1100.