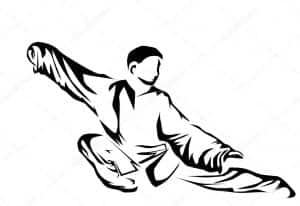 Transcending and reversing obstacles is a big part of successful criminal defense in Virginia, which has among the harshest criminal justice systems. As a Fairfax criminal lawyer, I know that criminal defendants are presumed innocent under the Bill of Rights. Some are in fact innocent, some have in fact committed crimes, sometimes people who have committed crimes do not get convicted, and sadly sometimes people who have committed no crimes get convicted. Being thrust into the arena as a criminal defendant can feel worse than having a truckload of dirt poured on you but instead can feel like being dropped headfirst into a vat of diarrhea.

Transcending the weight of prosecutions like a seasoned gladiator

Although criminal defendants never signed up for this plight, I have. Some people more than others love a fight. I am one of them. Russell Crowe’s gladiator character Maximus Decimus Meridius, even though fictitious while being based on reality, is one of my inspirations as a criminal defense lawyer. A successful gladiator faces down and transcends not only fights to the death but some of the most vicious and lopsided situations along the way. Instead of ever complaining, Crowe’s gladiator carries on and wins again and again. This is possible for criminal defense lawyers, not always without the agony of defeat, but often with spectacular wins.

Anger is an enemy that belongs at bay, at worst

The t’ai chi ch’uan / taijiquan martial art that I practice teaches the power of being calm and the power of transcending and harmonizing imbalanced situations, never getting angry. Anger weakens and is usually rooted in fear. We do not get angry at a deadly dog aiming for our jugular vein rather than doing whatever it takes to preserve our lives. We get angry at other humans because we expect more from them than dogs, and expect them to differentiate between right and wrong, while knowing they also are capable of making vicious plans. When a prosecutor smells the blood of anger, s/he may probe to draw even more weakening anger from the criminal defense lawyer. When the criminal defender is unflappable, the prosecutor stops wasting his or her time in trying to get the opponent’s goat, and might even be thrown off and uprooted by such defensive strength.

The power of criminal defense lawyers losing their ego and fear

Winning in court — as with winning in street fighting and martial arts sparring — is not about going tit for tat, never about ego, never about proving a point, never about preserving samurai honor, and certainly not about ego. Criminal defense is all about fearlessly and effectively obtaining as much justice as possible for the criminal defendant, each day more effortlessly transcending the real and seeming obstacles in the path, starting by minimizing them in the lawyer’s mind followed by dodging, reversing, and disintegrating those hurdles. Much of this starts with the mind, strengthening and nurturing the mind for razor sharp clarity, calm, engagement and responsiveness, and winning battle.

From zero emerges the energy, springboard and resolve to win against even seemingly insurmountable odds

Achieving zero for transcending hurdles is a focus of two of my most important non-lawyer teachers for winning in criminal court, those being the late martial arts master Benjamin Pang-Jeng Lo, and Ho’oponopono master Ihaleakala Hew Len. Without them saying so, my great trial law teachers Steve Rench and Gerry Spence also exemplify winning through zero, because when we start from zero, we have no obstacles in the first place.

Losing the ego by honoring our teachers

I have had the honor of attending four full-day taijiquan workshops with the late San Francisco-based Ben Lo, who came to t’ai chi not originally for the martial aspect of it, but because his physician Cheng Man Ch’ing — a master taijiquan teacher for the ages — advised the then-sick Ben Lo that for him to even benefit from the medicine needed for his illness, Ben should strengthen himself through t’ai chi. No matter the amazing feats that Ben would reach and demonstrate, he repeatedly said that his achievements were exceeded by his teacher, which went beyond simply honoring Cheng Man Ch’ing to also being a way for Ben to eliminate his ego. Ego is an obstacle to success in criminal defense and anything else; ego prevents reaching zero. Recognizing and celebrating excellence in others (which is easier to do when remembering that we all are connected) — even when demonstrated by an opponent — is powerful inspiration for the celebrator to achieve himself or herself. Ben is a great example of transcending obstacles and strengthening ourselves on a daily basis.

Zero means never chasing but instead quieting the mind to fully sense and hear the prosecutor’s being, fears, and next intended moves

We do not get angry at tornados, hurricanes nor tidal waves. We only get angry at people. Once we recognize the pain, frailties, and feelings of inadequacy that often spur others to even dangerously ugly actions, we can return to having as little anger towards them as towards the most vicious hurricane. That is what unblocking (for our energy and power effectively to flow) and remaining above the line (rather than to descend to the ugliness of below the line) are all about.

The persuasive infectiousness of remaining unblocked and above the line

Even the most otherwise recalcitrant juror, judge and prosecutor can be infectiously persuaded by a criminal defense lawyer who is unblocked and above the line, by helping the listeners themselves to be unblocked and above the line. This can spell the difference between the judge and jury feeling uplifted — or at least better than neutral — rather than distracted by feeling dread and discomfort in the presence of the lawyer. Similarly, a machine gun is not needed when a simple swat of the hand remove a hurdle. The extra positive energy of a criminal defense lawyer’s acting in proportionality to the challenge at hand and in sync with the listeners, helps dispose the judge and jury more favorably to the criminal defense lawyer than if the defense lawyer had proceeded like a bulldozer merely to address an ant.

My criminal defense lawyer friend Christopher Flohr — a fellow martial arts practitioner and great man — has an email sign off that is another way of describing today’s blog entry, which is “Peace, Love and Understanding,” where “peace” helps everyone achieve zero, love is the compassion we need for others and for ourselves to not get angry when others seem to cross our paths, and understanding helps us reverse roles with the other to know where they are coming from.

Fairfax criminal lawyer Jonathan L. Katz summonses his martial arts and other experience to obtain the best possible results for those accused of  Virginia felony, misdemeanor and DUI offenses. See for yourself the beneficial power of such an approach, by scheduling a free in-person consultation with Jon Katz at 703-383-1100 about your court-pending case.