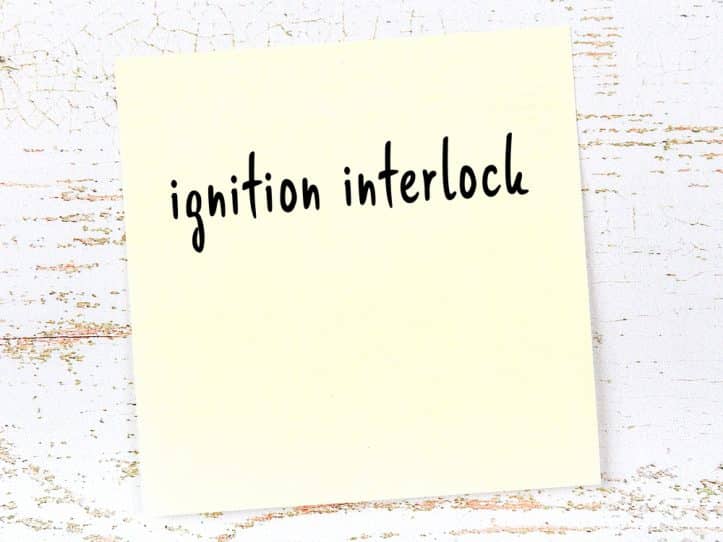 Virginia DUI defendants convicted for a first-time DWI offense under Virginia Code § 18.2-266 for allegedly driving under the influence of alcohol or drugs — with a blood alcohol content (BAC) under 0.15 as of last year became eligible for unlimited driving during their one-year mandatory license suspension period, with the use the entire time of the ignition interlock device (IID). As a Fairfax DUI lawyer, I know that this unlimited driving with the ignition interlock stood in contrast to a wet reckless plea deal, requiring much more limited restricted driving. Fortunately, effective as of July 2021 is a statutory provision helping to reconcile that dichotomy between restricted driving on a DUI conviction with a BAC under 0.15 and restricted driving for a wet reckless, as addressed below. Va. Code § 18.2-271.5. This option is contained on page two of the Virginia Application for Restricted License.

What is a Virginia wet reckless plea?

Sometimes in Fairfax and other Northern Virginia counties for Virginia DUI defendants — but generally not in Alexandria absent a legal argument to the contrary — a reckless driving settlement can be negotiated whereby the defendant pleads guilty or no contest / nolo contendere to an amended charge of reckless driving generally under Virginia Code § 46.2-852, typically in exchange for successful completion of VASAP, restricted driving on a six-month driving suspension, agreed fine, and agreed suspended jail time. The stronger a prosecutor’s Virginia DWI case, the less possible will it be to reach a wet reckless disposition, which makes the original DUI charge expungable from the defendant’s public record.

What restricted driving options do Virginia DUI defendants have when negotiating a wet reckless deal?

Until this year’s law change, the irony was that Virginia DUI defendants for first-time DWI cases with BAC’s under 0.15 allowed for more extensive restricted driving (with the ignition interlock being the only restriction on driving during the one year suspension period) than the then-much narrower restricted driving options for a wet reckless that included a suspended driving period. The commonwealth’s legislature and governor narrowed that dichotomy by putting a new law on the books that enables the trial judge to permit driving anywhere with a reckless driving conviction with the IID so long as VASAP and the ignition interlock device have been ordered by the court. The new law that narrows this dichotomy provides in relevant part:

“[I]n any criminal case for any violation of Article 7 ( § 46.2-852 et seq.) of Chapter 8 of Title 46.2 [reckless driving] where a defendant’s license to operate a motor vehicle… is subject to revocation or suspension and the court orders a defendant… to enter into and successfully complete an alcohol safety action program…, the court may, in its discretion and for good cause shown, issue the defendant a restricted license to operate a motor vehicle… where the only restriction of such restricted license that the court shall impose is to prohibit the defendant from operating a motor vehicle that is not equipped with a functioning, certified ignition interlock system for a period of not less than six consecutive months without alcohol-related violations of the interlock requirements.” Va. Code § 18.2-271.5.

Virginia DUI defendants benefit from the option in this new law for more extensive driving — rather than limits for such purposes as to and from work and during the course of the workday, and for school, medical and house of worship visits  — but adds the burden of the ignition interlock device. The ignition interlock device costs around $100 monthly, and an alleged alcohol reading on the device risks a probation violation hearing, and, if found in violation of probation, incarceration up to the maximum of the suspended driving period, loss of the restricted license, and prosecution for the separate offense of suspended driving. If you have the ignition interlock, beware of its sensitivity to an amount of alcohol even one fourth of the legal limit, for instance. Nonetheless, it is good that this option exists.

How do I learn more about my possible option for unrestricted driving on a wet reckless driving suspension?

The time for Virginia DUI defendants to learn more about this unrestricted driving option for wet reckless — with VASAP  and the ignition interlock device — is well before their first trial date. Fairfax DUI lawyer Jon Katz covers with his clients all essential aspects of his their’ defenses, trial prospects and options, negotiation prospects, and sentencing exposure and risk reduction. For a free in-person consultation with Jon Katz about your court-pending case, call 703-383-1100 to schedule a confidential consultation with Jon.