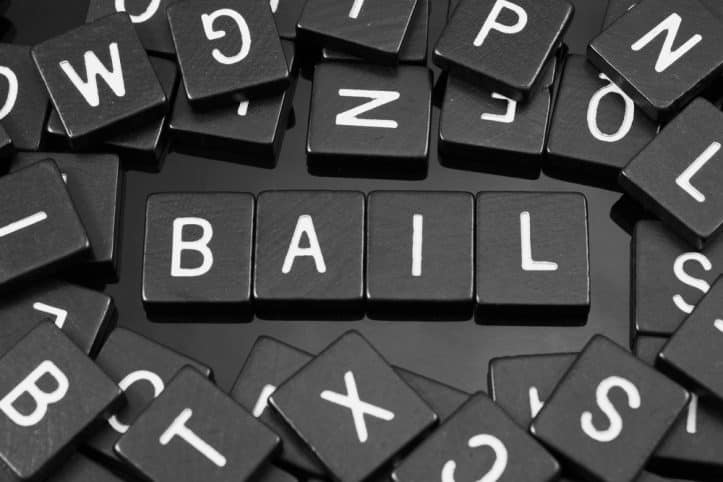 Virginia Circuit Court judges must articulate the reason for their denying bond / bail / pretrial release to a criminal defendant, for the reasons addressed below. As a Fairfax criminal lawyer, I have experienced District Court judges who do not state those reasons. Their reasoning may be that any appeal of their bond denial will be de novo, so why state the reasons? At minimum, a presumed-innocent Virginia criminal defendant should know why s/he is going to remain locked up further in the hellhole of a jail. Further, once — under the prior statute — when a commonwealth Circuit Court judge reversed a lower court judge’s granting of bond in a prosecution alleging seeking sex with a minor, he gave no reason. I asked him to do so for appellate reasons, and his only response was that my my presumed-innocent client was a danger.

Why must a Virginia Circuit Court judge articulate the reasons for denying pretrial release?

The Virginia Court of Appeals has answered the above question as follows for Virginia Circuit Court bail determinations: “A court making a bond decision ‘has a duty to articulate the basis of its ruling sufficiently to enable a reviewing court to make an objective determination that the court below has not abused its discretion.’ Shannon v. Commonwealth, 289 Va. 203, 206 (2015).” Keene v. Virginia, ___ Va. App. ___ (April 19, 2022). Yes, the law grants judges the awesome power of using their sound discretion in making pretrial release rulings. However, the only way for the Virginia Court of Appeals or Virginia Supreme Court to have a way to determine if an abuse of such discretion took place is to have available the trial court judge’s articulated reasons for denying pretrial release.

The bond statute provides for the following presumption for a judge to permit bond / bail / pretrial release to a Virginia criminal defendant: “A person who is held in custody pending trial or hearing for an offense, civil or criminal contempt, or otherwise shall be admitted to bail by a judicial officer, unless there is probable cause to believe that: 1. He will not appear for trial or hearing or at such other time and place as may be directed, or 2. His liberty will constitute an unreasonable danger to himself, family or household members as defined in § 16.1-228, or the public.” Virginia Code § 19.2-120(A) (emphasis added). Previously — but thankfully no longer — the Virginia Code presumed a no bond status for a host of pending felony charges. If needed, the Virginia criminal defense lawyer can make clear to the Virginia Circuit and District Court judge that the current law presumes granting pretrial release to criminal defendants and that doing the opposite is forbidden absent probable cause to believe the defendant is a flight risk or unreasonable danger to himself or herself or others.

A bond hearing and trial are showtime in Virginia Circuit and District Court. Yes, a bond denial can be appealed, but success on appeal is not guaranteed, and the Virginia criminal defendant stews in jail while awaiting any appeal or new bond hearing request (and a judge may well ask what changed circumstances justify pretrial release if the same court previously denied pretrial release). Nothing beats great experience, ability, caring and devotion from your Virginia criminal defense lawyer. Northern Virginia criminal lawyer has skillfully pursued bond for hundreds of clients. with many vital successes. Find out the great work that Jon Katz can deliver for your defense, by calling 703-383-1100 for a free in-person confidential consultation with Jon Katz about your court-pending case.