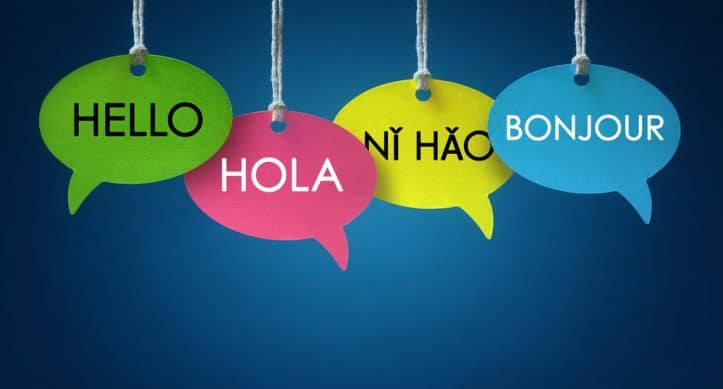 Virginia criminal defendants are not assured a perfect trial, nor a trial approaching it

Virginia criminal defendants ideally will obtain the best possible lawyer for their case, including when considering that trial judges and appellate courts will not automatically remedy serious impediments to the defense in court and at trial, but need to be well persuaded to do so. As a Fairfax criminal lawyer, I know that Virginia trial judges will be ready to trot out the three-decades old pronouncement of the commonwealth’s Court of Appeals that “The Constitution does not, however, guarantee every defendant a perfect trial.” Stubblefield v. Virginia, 10 Va.App. 343, 351 (1990). Stubblefield affirms a robbery conviction where the criminal defendant mainly complained that the trial judge ultimately should have granted a mistrial after his criminal defense lawyer more than once requested such relief due to what I consider to have been seriously deficient performance by the Korean language interpreter appointed by the Court for the testimony of the alleged victim, whose English was insufficient to communicate without an interpreter.

If Virginia criminal defendants are not guaranteed a perfect trial, what rights are they assured in court?

Stubbflefield’s concluding paragraph talks about the assurance of a “right to a fair opportunity to defend against the State’s accusations,” but does not benefit the criminal defense in defining such a fair opportunity by proclaiming that the interpreter in Stubblefield’s case “translated the testimony of the victim within reasonable limits of accuracy,” particularly when the language of Stubblefield shows far from sufficient interpreter accuracy. Stubblefield, 10 Va.App. at 351. Here is more fully what Stubblefield says on the matter, relevant to Virginia criminal defendants:

“The evidence presented in this appeal indicates that there were some difficulties during the testimony of Ms. Park. The trial judge, in his discretion, did not feel that the difficulties were such that the defendant was denied due process. The constitutional guarantee of due process ‘is, in essence, the right to a fair opportunity to defend against the State’s accusations.’ Chambers v. Mississippi, 410 U.S. 284, 294 (1973). This guarantee encompasses both the right of a defendant to confront witnesses against him and the right to assist in his own defense. See Chambers, 410 U.S. at 295; Pointer v. Texas, 380 U.S. 400 (1965). The Constitution does not, however, guarantee every defendant a perfect trial. The rights vouchsafed are practical, reasonable rights rather than ideal concepts of communication. It is clear in this case that the interpreter translated the testimony of the victim within reasonable limits of accuracy, such that the defendant was granted a fair trial. In this case, due process was satisfied.” Stubblefield, 10 Va. App. at 351-52.

How was an inadequate interpreter present for a serious felony trial held within miles of qualified interpreters?

A saying exists that bad facts make bad case law from the courts, and the facts in Stubblefield unfortunately help make distasteful case law about the approach for determining whether a Virginia criminal defendant has received a fair trial, as well as the standards for granting relief or not for Virginia criminal defendants with substandard interpreters. From a practical standpoint, Virginia appellate and rural trial judges might be hesitant to set the bar too high for language interpreter quality, when considering that a finite number of quality interpreters are available for more obscure languages, and even interpreters for such particularly common languages as Spanish need to be brought in from a good distance away in more lightly populated parts of the commonwealth. However, neither scenario was at play for Stubblefield, whose trial was in a Northern Virginia court whose surrounding ten mile radius is teeming with native Korean speakers and quality interpreters in that language.

Is merely being fully bilingual sufficient for a person to ably interpret into English?

Repeatedly I have heard opposing lawyers make assertions along the lines that being fully fully bilingual in English and the language of the witness is sufficient to ably interpret in English. Unfortunately for Virginia criminal defendants, the commonwealth’s court interpreter statute does not proclaim to require much if any more than that: “An English-speaking person fluent in the language of the country of the accused, a victim or a witness shall be appointed by the judge of the court in which the case is to be heard, unless such person obtains an interpreter of his own choosing who is approved by the court as being competent.” Virginia Code § 19.2-164. At least the foregoing code section also protects attorney-client communications with an interpreter’s assistance as privileged, and preventing the interpreter from being compelled to reveal such conversations. Id.

An interpreter is hardly qualified merely for being fully “English-speaking” and “fluent” in the language of the non-English speaker. First, the criminal trial court interpreter needs to be level headed and well focused at all times. In that regard, even an otherwise usually great interpreter can falter when exhausted, sick, or preoccupied with serious personal matters. Second, the interpreter needs to be sensitive to and aware of subtle nuances between the second language and English that require sufficient interpretation of what the second language speaker says, and sufficient interpretation of each question, objection, and judicial comment. Judges who have struggled to use a second language can understand this all the more, including when knowing that even the most brilliant interpreter can struggle to give a one-sentence interpretation justice, which allows all the more for error, because the interpreter does not have the luxury of constantly requesting breaks to go into such deep thinking. Third, the interpreter must not be nonchalant about his or her roll, but should take the matter very seriously, and must follow his or her oath by neither under-interpreting (for instance by paraphrasing) and never over-interpreting (for instance by having side conversations with the witness without clearly saying why in the open). Fourth, the interpreter must follow their oath by not being silent through nervousness or otherwise (including making sure they interpret rather than stand frozen-tongued all nervous in front of a speaking black-robed judge.) All of this is critical for Virginia criminal defendants.

Stubblefield was seriously disadvantaged by an interpreter whom the factual scenario of that case shows to have been an interpreter who was not ready to interpret in court. Glaringly,  “[t]hroughout the trial there were numerous instances of the interpreter having protracted conversations with the witness, often resulting in a brief response to the question.” Stubblefield, Va.App. 348. (Before any protracted conversations start, the interpreter should openly announce what is going on. For instance: “The witness is asking for clarification about A, B or C.” Or “The interpreter is going to ask the witness a clarifying question.”) Virginia criminal defendants should not have to suffer with such insufficient interpretation.

Why did the Virginia Court of Appeals affirm a robbery conviction despite unacceptable interpreter performance?

A Virginia criminal defense lawyer must not wait for the appellate stage — rather than in trial court — to bring the strongest critical arguments. This very much holds true when considering that the Virginia appellate courts will leave the trial judge with sound discretion on interpreter matters: “Virginia Code Sec. 19.2-164 states that ‘[i]n any criminal case in which a non-English-speaking person is the victim, an interpreter shall be appointed by the judge…’ This Court has previously held that ‘[t]he conduct of a trial is committed to the sound discretion of the trial court.’ Cunningham v. Commonwealth,  2 Va. App. 358, 365 (1986). As well, the Fourth Circuit has held that the use of an interpreter is a matter committed to the sound discretion of the trial court. United States v. Rodriguez, 424 F.2d 205, 206 (4th Cir.), cert. denied, 400 U.S. 841 (1970).” Stubblefield, Va. App. at 350-51. Virginia criminal defendants need to take heed of this foregoing law.

My being trilingual (in English, and in Spanish and French (to different degrees) plus my experience using interpreters for many languages in dozens of cases helps make me more attuned to the right  questions to ask the court-appointed interpreter long before the court proceeding starts, and to listen for interpreting lapses even in languages that I do not speak. (For instance, rare is the language that requires 50 words to interpret “What is that person’s name?”). I write more here about scrutinizing the quality of trial court interpreters on behalf of Virginia criminal defendants. When the case is particularly serious, a good investment for the Virginia criminal defendant is to pay for his or her own interpreter either to do the court interpreting or at least to evaluate and report on the performance of the court-appointed interpreter.

No lawyer for Virginia criminal defendants should pursue that path if s/he expects a trial without improvident judicial rulings. Improvident judicial rulings arise for numerous reasons. Even judges committed to upholding their oaths are not necessarily going to interpret the law and evidence through the same lens as the Virginia criminal defense lawyer. Knowing this, I can still welcome the many opportunities for obtaining justice in Virginia criminal court, beyond simply knowing that a conviction in District Court (which does not permit a jury) enables an appeal for a de novo jury trial. Judges are generalists, and good judges welcome being relevantly, respectfully, non-pedantically and sufficiently briefly educated by the trial lawyers about essential points of law that the judge may not know well.

A legendary criminal defense lawyer who passed away around the time that I started practicing criminal defense was fond of telling the following story, to which I add some of my own gloss: The first time a judge hears a novel argument and disagrees with it, he may proclaim at the top of his lungs: DENIED! The next time the same lawyer makes the same argument to the judge, the judge may think about it a bit and then say “denied” in a more reserved voice, but then continue to be intrigued about the argument and think about it over the next several days. The next, and third, time that the lawyer raises the argument to the judge — sometimes backed up by a concise and detailed written memorandum of law filed well in advance — the judge might ponder the issue, and then say: “I have been thinking about this issue for quite some time. I have just been waiting for the opportune and relevant circumstance in which to have a lawyer present the issue that you have presented. I grant your wise argument.” Virginia criminal defendants are well served by the foregoing approach.

We must also remember that Virginia criminal defendants are not guaranteed fair jurors. Consequently, the same energy that drives criminal defense lawyers to sway judges  — even those with lousy reputations for the criminal defense side — to our side is to be used with persuading jurors not only that their oaths call for them to rule for the defendant, but also to help make them feel good — or as good as possible — about ruling in favor of the defendant.