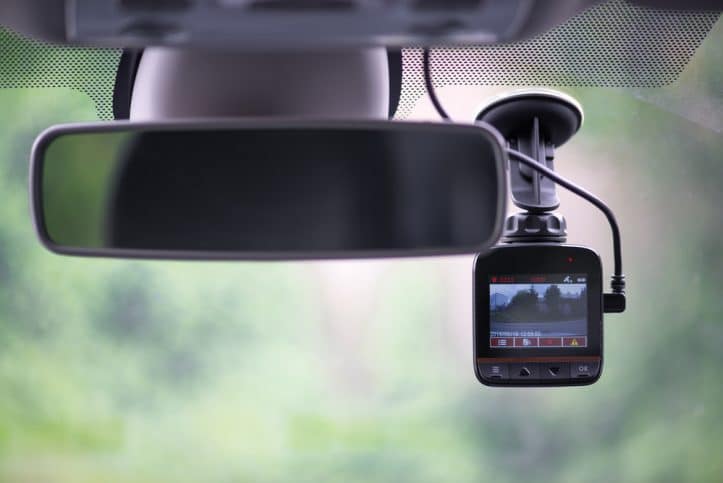 Fairfax police video is essential to pursue as part of the process of defending against Virginia DUI and criminal prosecutions in this county. As a Fairfax DUI lawyer, I know that the same goes for obtaining law enforcement incident video and other discovery for all criminal defense. This article addresses obtaining, scrutinizing, and using incident video for the defense in any Virginia case for the accused, and Fairfax County in particular.

With the public being all the more aware of the extent of police misconduct and the need to curb it in the first place, law enforcement departments nationwide have increased their purchase and use of in car videos / dashcams (ICVs) and body worn cameras. The main thrust for use of Fairfax police video for ICVs is: “Officers shall ensure their ICV system is activated on all traffic stops. The recording will remain on for the duration of the traffic stop. This includes the video and audio segments of the equipment.” Fairfax County Police General Order 430.8, at page 4. “Cruisers equipped with defective ICV equipment or cruisers without ICV equipment shall not be operated without supervisory approval.” Id. at 6.

Body worn cameras /BWCs are now in use for Fairfax police video. Full implementation is expected by 2022.   Activation of BWCs is required under the following circumstances: “Unless there is an immediate threat to the officer or others that would prevent activation, officers shall activate the recording of their BWC prior to any of the following circumstances: a. Upon arrival at any call for service; Traffic or subject stops; c. Self-initiated events involving the rendering of public services or law enforcement-related activity; d. Searches of persons, buildings, and vehicles; e. Searches for suspects who have fled a scene; f. Collection of physical evidence of a crime; g. Transportation of any person in-custody.” “All BWC equipped officers shall activate their BWC during their response to a scene or as soon as it is practical and safe to do so and leave it on for the duration of the incident.” Fairfax Police SOP 18-056.

Virginia prosecutors are obligated to provide defense lawyers with police-recorded video footage, pursuant to the governing discovery rules (Virginia Supreme Court Rules 7C:5 and 3A:11) that require revealing criminal defendants’ statements to the police, as well as Brady v. Maryland, 373 U.S. 83 (1963), which requires prosecutors to turn over exculpatory evidence. Fairfax General District Court judges generally prefer using this form for discovery orders. The county prosecutor’s office has a suggested form for Circuit Court discovery orders, but that form is not required. See further below on how to obtain Fairfax police video.

Why does such a wealthy county not require preserving Fairfax police video footage for more than thirty seconds before a police officer initiates a traffic stop?

The ICVs of Fairfax County police and many other police operate while they are on patrol. Nonetheless, Fairfax County police and other police routinely claim that video footage is set to save for only thirty seconds before they activate their emergency lights and/or sirens to effectuate a traffic stop. That amounts to the defense not having access to Fairfax police video footage of the many more seconds nor minutes that precede that preserved video during which the police claim moving violations to have allegedly justified the traffic stop in the first place. The technology certainly exists to save more pre-stop video footage than that, considering that the Virginia Beach police maximize their video saving / buffering time to two minutes (for visual but not audio recording) before the officer activates the video to record both video and audio while on traffic patrol. See police chief ICV discussion at minute 4.

How often do Fairfax prosecutors provide police video by the first trial date?

The governing Fairfax County General District Court governing practices and procedures (March 2017), at page 82, provide that on the first trial date, “the prosecutor is to provide limited discovery as allowed under Rule 7C:5 to counsel.” However, I Fairfax County prosecutors often tell me on that first court date that they are still in the process of obtaining the video from the police, or that the prosecutor just received the video and needs to get it to me subsequent to the court proceeding. In one recent instance, with an asserted technology update delaying my receipt of Fairfax police video, I simply filed a motion to compel discovery — after the first trial date — after my efforts to obtain the video without judicial intervention received no better reply than that I would receive the footage prior to the next trial date that was set for several months later. My filing of the motion to compel discovery yielded provision of that video discovery prior to the hearing that I had set for two days later.

Find out if ICV and BWC video evidence exists, and obtain it in downloadable forma

When a Fairfax or other prosecutor or police officer claims the non-existence of video footage from the incident, further digging for information is needed, at least to find out why no video exists and/or if the prosecutor or cop is sure there is no video, particularly with such an agency as the Fairfax County police, which has the above-referenced police guidelines for creating video footage of police encounters with criminal suspects. Each time police from such an agency as the Metropolitan Washington Airports Authority police (multiple police departments operate in Fairfax County) tell me that their agency does not operate video cameras, I often ask when this will change, because few things stay static. Finally, Axon / Evidence.com is a common software used for Fairfax police video and by other Northern Virginia police departments. That company’s video technology is easy to make available in downloadable format, and should be made available that way, so that the defense lawyer is not at the mercy of the courthouse Wifi system for playing back video, and so that the video can be easily shared with the defendant rather than requiring the defendant to watch the video footage in the lawyer’s office.

I routinely pursue receiving discovery well before the court date. Fairfax County tends to be the most challenging of the Northern Virginia county prosecutors’ offices from which to obtain General District Court discovery well in advance of the first trial date, where I receive police reports in advance of trial more often than I receive advance Fairfax police video. In Fairfax, I can pursue obtaining advance discovery through such avenues as CWAGDC@fairfaxcounty.gov, and through contacting the assigned prosecutor once that prosecutor’s name is known, which cannot be known until the court assigns a courtroom number to the case, which recently has been further in advance of the trial date than frequently was the case a few months ago.

Fairfax DUI lawyer Jonathan Katz has successfully defended thousands of DWI, felony and misdemeanor defendants. Choose wisely in selecting your Virginia DUI or criminal defense lawyer, because that choice can make a substantial difference in the outcome of your case. For a free in-person confidential consultation with Jon Katz for your court-pending case, call 703-383-1100.