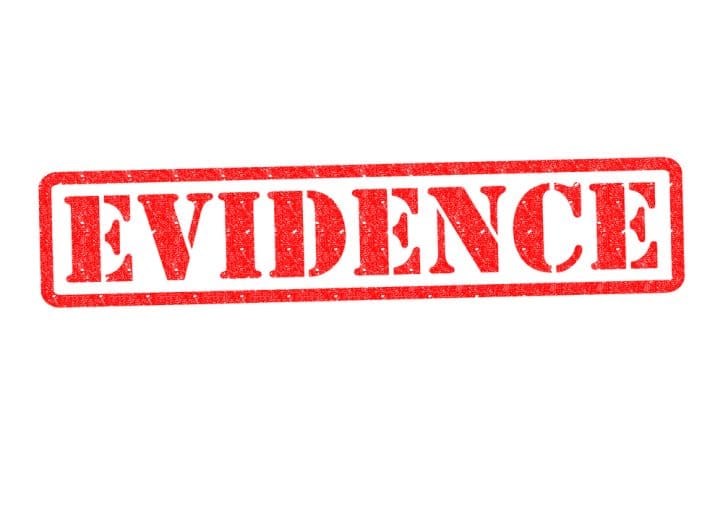 Fairfax defendant exposes serious exculpatory evidence disclosure violation. As a Fairfax criminal lawyer, I read with great interest that a Circuit Court judge took the prosecutor’s office to task for a major violation of the United States Supreme Court’s requirement for prosecutors to disclose material exculpatory evidence to the defendant. Brady v. Md., 373 U.S. 83 (1963). A “prosecutor has a duty to learn of any favorable evidence known to the others acting on the government’s behalf in the case, including the police.” Kyles v. Whitley, 514 U.S. 419, 437-438 (1995).

Criminal defense lawyers and prosecutors can differ on what constitutes such Brady/exculpatory evidence. However, that often can be like the fox guarding the henhouse, with nobody usually monitoring whether prosecutors and police are timely disclosing the exculpatory evidence that they must disclose, except for unusual instances of in camera / in chambers judicial review of potential Brady material. Fairfax defendant Kevin Gonzalez learned that late this  year.

How did Fairfax defendant Kevin Gonzalez get to this exculpatory evidence point?

Fairfax defendant Kevin Gonzalez got prosecuted for alleged first degree murder under Virginia Code § 18.2-32 and felonious use of a firearm under § 18.2-53.1. The homicide took place in November 2019. prosecutor provided initial discovery in mid-January 2020. Seven months later (less then five months before trial), the prosecutor provided the defense with nearly 100 more pages of additional discovery. The smoking gun in that supplemental discovery (in a July 8, 2020, police report that was provided August 18, 2020, to the defense) was that on the incident date, a police officer spoke to a witness who said he (1) saw a knife in the decedent’s hand and (2) heard defendant Gonzalez say to the decedent “Don’t get close. I have a gun.” Both of those pieces of information are major for setting up a defense of self defense against Gonzalez’s murder charge.  After an October 23, 2020, hearing on the matter, the prosecutor gave the defense the witness’s phone number and birthdate, and finally sent the knife for DNA and fingeprint analysis. Unfortunately, the police never followed up with this witness in time to know how to find him again, his phone was disconnected by October 2020, and neither side was able to find him. Judge Mann rightfully concluded that this discovery delay was too long and that a remedy was needed for this Brady violation, after conducting the following three-part analysis to determine if such a violation had occurred: Commonwealth of Virginia v. Gonzalez, Crim. No. FE-2020-326 (Nov. 5, 2020).

“There are three components of a violation of the rule of disclosure first enunciated in Brady: a) The evidence not disclosed to the accused ‘must be favorable to the accused, either because it is exculpatory,’ or because it may be used for impeachment; b) the evidence not disclosed must have been withheld by the Commonwealth either willfully or inadvertently; and c) the accused must have been prejudiced… Stated differently, ‘[t]he question is not whether the defendant would more likely than not have received a different verdict with the evidence, but whether in its absence he received a fair trial, understood as a trial resulting in a verdict worthy of confidence.’ Kyles v. Whitley, 514 U.S. 419, 434, (1995). ‘[A] constitutional error occurs, and the conviction must be reversed, only if the evidence is material in the sense that its suppression undermines confidence in the outcome of the trial.” United States v. Bagley, 473 U.S. 667, 678 (1985).” Workman v. Virginia, 272 Va. 633, 644-45 (2006).  Read on about Fairfax defendant Kevin Gonzalez’s plight in this matter.

In finding a Brady violation against Fairfax defendant Kevin Gonzalez, Judge Mann says that from the time the prosecution received the detective’s smoking gun July 8, 2020, supplemental police report and September 9, 2020 (perhaps Judge Mann means the August 18 date on which the supplement report was provided to the defense), “the Commonwealth did nothing by way of follow-up even though this information should have appeared to the government, on its face, to be a critical omission of constitutional proportions based upon prior disclosures. The Commonwealth buried its head in the sand… Figuring it would simply provide a name and nothing more, 10 months later,Fairfax DUI acquittal in absence of cop knowing the defendant drove.” Judge Mann informed the parties that if the prosecutor proceeds with this prosecution, at the conclusion of the trial the jury will be instructed in detail about this Brady violation, and to infer that the eyewitness’s testimony would have been favorable to Gonzalez’s defense of self-defense.

Brady violations can arise even if the prosecutor wants to adhere to Brady, based on prosecutorial misinterpretation of Brady jurisprudence, prosecutors not taking the essential time during their heavily booked work days to find and disclose Brady material, and undue delays in providing such material to the defense. One of the best ways for a prosecutor to avoid violating Brady is simply to disclose as much case-relevant data to the defense as possible, to the point that the criminal defense lawyer’s only complaint will be about needing to find the time to review, analyze, follow up on, and integrate what can then sometimes become extraordinary prosecutorial data dumps. I am already accustomed to digging for gold in all prosecutorial discovery disclosures, no matter how extensive or not. Fairfax defendant Kevin Gonzalez only received the exculpatory evidence about the self defense witness very close in time to his jury trial. It is scary to think what would have happened had this prosecutorial disclosure never been made.

Judges can influence prosecutors and police to comply more stringently to Brady by more often being willing to review prosecutorial evidence for Brady material, to publicly call prosecutors out on Brady violations,  and to swiftly issue commensurate remedies for those violations. Fairfax defendant Kevin Gonzalez’s judge, Thomas Mann, sent a clear message about his intolerance of Brady violations by putting his decision into a letter opinion — which Virginia trial judges are not required to issue — which then gets attention by being posted on the Fairfax Circuit Court’s website and getting placed into the Circuit Court opinions assembled by West Publishing.

What happens for a Fairfax defendant with exculpatory evidence in misdemeanor cases in which prosecutors do not participate?

This major Brady violation with Fairfax defendant Kevin Gonzalez even happened under the watch of a presumably experienced homicide detective and experience prosecutor. How many more Brady violations will take place when no prosecutor is involved in a Fairfax criminal case, seeing that the Fairfax commonwealth’s attorney has directed his prosecutors not to prosecute the vast majority of misdemeanor cases other than DUI and intimate partner assault cases?

Does this Gonzalez exculpatory evidence violation case convince you why a qualified criminal defense lawyer is so important?

Fairfax defendant Kevin Gonzalez obtained this judicial relief only because his lawyers reviewed the supplemental discovery disclosure from the prosecutor that revealed the self defense witness. Discovery is useless if not pursued, reviewed and acted upon timely, carefully and correctly by a qualified criminal defense lawyer. Those criminal defendants eager simply to work out the best possible deal need to know that the prospects for such a deal are enhanced by fully preparing for trial; by doing so, sometimes the defendant learns from his lawyer that the case is simply better to take to trial.

Fairfax criminal lawyer Jon Katz focuses on your best defense at every turn against Virginia DUI, felony and misdemeanor cases. Learn what Jon can do for you, through a free in-person consultation about your court-pending case, at 703-383-1100.