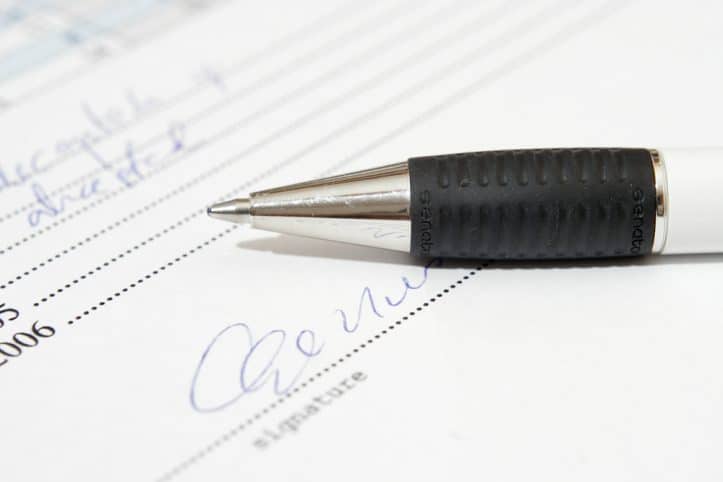 Virginia criminal law speaks through statutes and judicial orders. As a Fairfax criminal lawyer, I know that criminal defense lawyers need to focus judges on the governing law and court orders that can best lead to a defense victory. Judges are not here to do legal research and intensive analysis off the cuff for litigants, which means that Virginia criminal lawyers need to appear in court anticipating and fully ready to argue possible arguments and objections that will need to be addressed in court.

Virginia judges often underline that the court speaks through its orders

Virginia judges often point out that the court speaks through its orders. Simmons v. Virginia, 54, 58 Va.App. 594 (2009). Conversely, then, with Virginia criminal law, a criminal defendant should not be penalized for not following a term or condition that is not stated in a judge’s order in the first place (and therefore does not give the defendant sufficient notice), even if the omission arose from judicial error. A judge might get irritated and even angry by a criminal defendant’s acts or omissions that the judge thinks deviate from what is right or from what the judge thinks s/he should have ordered. However, a judge should not want to be known for violating his or her oath — let alone being called out by an appellate court for doing so — which sometimes explains why a judge asks a lawyer if s/he has caselaw to back up the attorney’s argument, when ready otherwise to rule against that lawyer’s argument.

One day when I made an objection at a criminal trial, the judge responded: “But how else are the police supposed to be able to” do such and such. I responded: “The only way the police can do [such and such] is for the Bill of Rights to be amended, because…” Similarly, when the legislature and governor put new Virginia criminal law in place that seriously fails to effectuate the intent of many or all of the legislators, it is not a judge’s role to fix that, but the legislators’. An impetus for the legislators to fix their error might only be for them to see the adverse court consequences of their error.

Virginia judges know that their terms in office are cancelable and renewable. I take it that this is all the more true with privately practicing lawyers who sometimes sit as substitute judges. (To remove actual and apparent conflicts of interest and to have judges who sufficiently paid and up to date on the current state of the law, Virginia should increase funding for full-time judge slots to end the substitute judge system, other than on a wisely-effectuated basis to occasionally let suitable retired judges sit.) While judges’ oaths preclude them from doing anything other than following the Virginia criminal law rather than helping to ensure they remain on the bench, judges’ knowledge that the renewal of their judicial terms is at the mercy of the Virginia legislature can influence judges to be more civil on the bench, and can at least come to their attention when about to make a defendant-favorable ruling that can be expected to cause public controversy or outrage.

When a Virginia criminal statute is unclear, the ambiguity must be resolved in the criminal defendant’s favor

Virginia criminal law language can sometimes be vague or unclear, whether because of oversight, insufficient legislative drafting ability, or intent to be somewhat vague in order to obtain enough votes to pass the legislation. Sometimes statutory language can conflict. In Virginia: “Only when a ‘penal statute is unclear ‘ do courts apply the rule of lenity and strictly construe the statute in the criminal defendant’s favor.” De’Armond v. Virginia, 51 Va.App. 26, 32 (2007).

Remind judges of their black robes and oaths

Being humans, judges naturally can act out of being human in ways that can conflict with their oaths to follow the Virginia criminal law and rest of the law. Reminding them of the clear language of statutes, their orders, and the rule of lenity and other defense-friendly caselaw can bring them back to their oaths and help them save face in the process. Judges have no business becoming judges if they are going to disregard their oaths. The very reason I would decline to be a judge is because of the many aspects of the criminal law that are repugnant to me that I would not want to enforce — let alone the difficulty in giving credit to the honesty of a witness only to risk that the witness was lying — including but not limited to following mandatory minimum sentencing, enabling a Virginia DUI conviction where the defendant is only found in a vehicle with the key in the ignition when the car is off, and enabling the VASAP function when VASAP should be abolished.

Why did a Virginia criminal court judge allow a conviction for merely possessing a hypodermic needle?

Considering all I have said above, it is mystifying that a Virginia criminal trial judge misconstrued the Virginia criminal law and denied a motion to dismiss a criminal prosecution at trial for possession of drug paraphernalia, where the evidence only revealed possession of a hypodermic syringe but nothing more to be able to convict for possessing drug paraphernalia. Praised be the Virginia Court of Appeals for this months setting the matter straight in reversing this conviction:

“[W]e conclude that the trial court erred in its application of Code § 54.1-3466 when it convicted appellant for possession of controlled paraphernalia based upon his mere knowing possession of a hypodermic syringe. It is clear from the record that the Commonwealth adduced no evidence of circumstances reasonably indicating that appellant intended to use the syringe in his possession to illegally administer a controlled drug, as required by the statute. Appellant did not have any drugs in his possession when he was arrested, and a K-9 search of the area surrounding the arrest did not locate any drugs. The syringe, according to Deputy Butler, was capped, clean, and appeared to be brand new. Further, the Commonwealth did not present any forensic evidence to indicate the presence of any drug residue in or on the syringe. Accordingly, the evidence was insufficient to support a conviction under Code § 54.1-3466 and the trial court erred in denying appellant’s motion to dismiss and his motions to strike.” Allison v. Virginia, ___ Va. App. ___ (Aug. 3, 2021).

The written Virginia criminal law is massive. Judges are generalists who handle both criminal and non-criminal cases. It is important for a criminal defense lawyer to proceed to court with copies of relevant caselaw and statutory law,  ready to hand one of each to the judge and prosecutor in the instant when they are needed. This helps judges save time and face, and to rule the right way. One judge, now retired, who can act particularly unpleasant on the bench — but knows how to say not guilty — expressed his sincere appreciation when I told him he could keep a copy of a legal authority I had handed him and the prosecutor. So many of criminal defense lawyers’ arguments have already been answered to their favor that we help our clients immensely by having copies of favorable statutory and case law to hand judges and prosecutors during arguments, and sometimes to add a highlighter to the key beneficial language.

Should I hire a criminal defense lawyer who keeps up on relevant changes in the Virginia criminal law?

Part of a good criminal defense lawyer’s job is to keep on relevant new caselaw and statutory law. Also very important is for criminal defense lawyers to brainstorm their cases and discuss the law through informal discussions, email listservs, and various gatherings. Keeping abreast of the Virginia criminal law by itself does not make a trial lawyer good, but without such knowledge, the lawyer is risking his or her client’s liberty. Fortunately, I enjoy reading new criminal caselaw and statutory law, which so often is full of hidden and obvious litigation gems for my clients. Even otherwise dry-reading legislation and court opinions come alive for me as I recognize the firepower that they may provide in advocating for my clients.

Fairfax criminal lawyer Jonathan Katz fights for his clients to the finish, since 1991. Get ready to be wowed by the defensive possibilities in your Virginia DUI, misdemeanor or felony case, by scheduling a free in-person consultation with Jon Katz about your court-pending case, at 703-383-1100.