Handgun purchases- Fairfax criminal lawyer warns not to be a strawperson 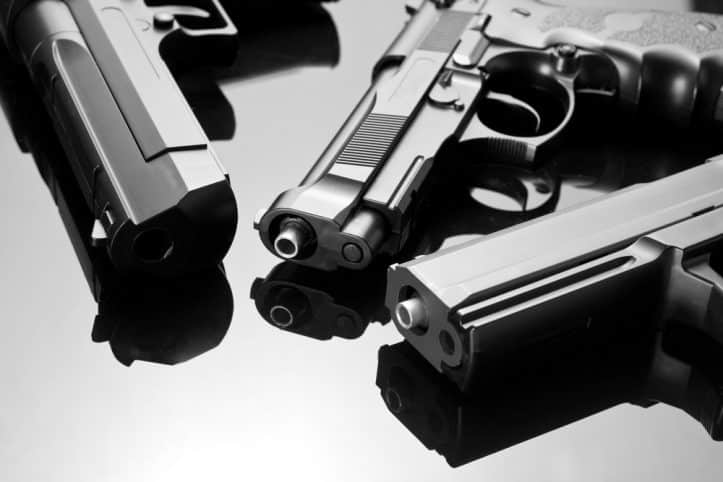 Handgun purchases can be an exciting event. As a Fairfax criminal lawyer, I have seen hundreds of different handguns up close and handled many and know the rush people can get from the advanced technology of so many of them, and their frequent high quality design. Whether the purchase is surrounded by excitement or else pressure to have firearm protection, the reasons for obtaining the handgun must not obscure the criminal prosecution risks for not being meticulously honest on the federal firearm registration form (whether in paper or electronic format), found here, that is presented by the gun dealer to the purchaser.  Today, I focus on the federal criminality of acting as a gun-purchasing strawperson / strawman , and the criminality under Virginia law of acting as a strawperson for a person ineligible to receive the handgun.

A sharply divided Supreme Court in 2014 okayed prosecuting people for strawperson handgun purchases for others — without so disclosing that on the handgun purchase form (which admission would then void the purchase) — even if the ultimate recipient is lawfully permitted to possess a firearm. Abramski v. U.S.,573 U.S. 169 (2014). In Abramski, the four most conservative justices — all joining dissenting Justice Scalia — got it right in underlining the ambiguity of the statutory scheme (18 U. S. C. §§ 922-924), and the mangling of the English language used by the high court majority to permit a conviction under the applicable law. The dissent wisely points out: “So if I give my son $10 and tell him to pick up milk and eggs at the store, no English speaker would say that the store ‘sells’ the milk and eggs to me. And even if we were prepared to let ‘principles of agency law’ trump ordinary English usage in the interpretation of this criminal statute, those principles would not require a different result.”

This Abramski dissent about handgun purchases of course does not preclude a conviction, but can help a defendant’s negotiation and sentencing arguments about the ambiguity of the applicable law in arguing that the alleged or convicted crime was not egregious, and thus merits a favorable settlement and favorable sentence, if any.

What happens under Virginia criminal law if I act as a strawperson for an ineligible buyer?

Acting as a strawperson for handgun purchases or other receipt by an ineligible person is a Virginia Class 4 felony. Va. Code § 18.2-308.2:2(M). What is a lawful reason to act a such a strawperson in the first place? To earn a profit or to  accommodate a person who cannot get to the firearms seller during open hours, or to help someone who lives too far from the dealer? Such aggravation is better to leave in their laps than your aggravation to be investigated and possibly prosecuted for such actions on your part.

Should I avoid selling my handguns privately rather than to a dealer?

As a Virginia criminal defense lawyer and civil libertarian, I believe strongly in people’s right to exercise personal choice, including with handgun purchases. Nonetheless, if you are going to arrange a private firearms sale, rather than doing that through a dealer, you can help reduce your legal risk by doing a background check of the purchaser with the help of a gun dealer, and obtaining a well-drafted and well-executed and dated bill of sale and proof of transfer document, so that if the handgun is used in an alleged or actual crime after you transfer it, you have documentation that it was not your handgun any longer.