Expecting the unexpected in Fairfax DUI court & beyond- Get a lawyer 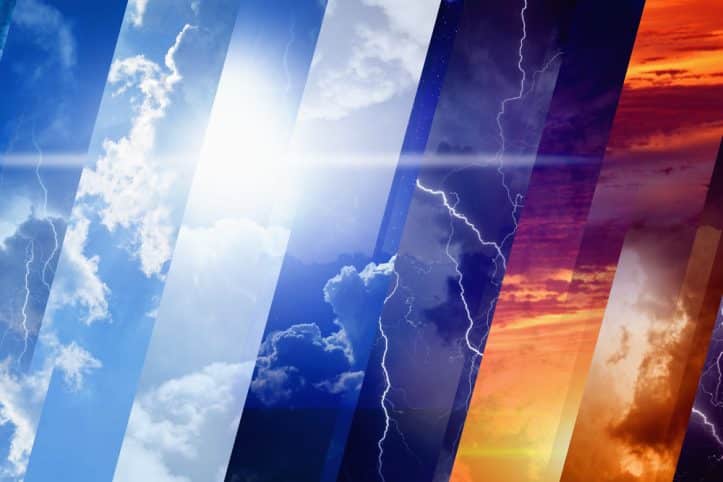 Expecting the unexpected is essential in Fairfax, Virginia, DUI court and all courts

Expecting the unexpected is important in Fairfax, Virginia DUI court and all courts while defending against misdemeanor and felony prosecutions. As a Fairfax DWI lawyer, I know that despite all the seeming niceties and rules in the courthouse, that Virginia DUI and criminal defense in so many ways is like unconventional guerrilla warfare. As a martial arts / taijiquan practitioner, I look for the opportunities in all developments and challenges in the courthouse, rather than getting distracted through complaining and getting irritated.

Are the defense and prosecution guaranteed a continuance on the first trial date?

Are you expecting that your Virginia DUI or criminal case will finish on your first court date, or that you will be able to obtain a court date continuance on your trial date if settlement / plea negotiations do not go your way or if you do not feel sufficiently prepared for trial? The possible happenings and outcomes on your trial date are so numerous that it is ideal for you to have a qualified DUI or criminal defense lawyer to fully defend and advise you.

When a judge hears a court date continuance request, s/he is considering often crushing court schedules

As we get further from the start of the pandemic, judges often see heavily scheduled court dates, including from cases that waited to get scheduled due to coronavirus-related delays. Common sense tells them and everyone else that if they decline a case postponement, that can ease crushing court dockets, and that granting a postponement can do the opposite. Therefore, a Virginia DUI and criminal defendant seeking a court date postponement needs to be expecting to be ready to convince the judge to take such action despite such concerns. Furthermore, even if a judge grants a postponement, s/he often is not going to want the new date to be more than a month or two in advance, maybe at most three months. Be ready for Virginia judges to favor setting trial dates around the reporting police officer’s posted court schedule, which can run from once or tice a month to less often.

Should I be expecting to bring my witnesses and a court reporter to court on my first Virginia DUI or criminal court date?

It can be aggravating and frustrating to attend court fully prepared to proceed forward — with defense witnesses and even a court reporter in tow — only to have the case get postponed for one reason or another. Talk with your Virginia DUI or criminal defense lawyer to find out whether you should be expecting to bring your witnesses and/or a court reporter to your first trial date. My view is ideally to overcover risk. If the case has a chance of proceeding to trial on the upcoming court date, I want to have my witnesses and court reporter ready to go forward.

Will my morning court date finish in the morning? Will I get out of court by the afternoon closing time?

Your DUI or criminal defense lawyer can tell you your chances of finishing court in the same half of the day that it is scheduled to start. Although Northern Virginia General District Courts typically will finish by 5:00 p.m. (if even that late) or earlier in the day, a recent Northern Virginia DUI trial that I won started at 5:00 p.m. and ended not until 8:15 p.m., with no breaks the entire time (which is reason enough not to consume coffee nor any other diuretics before court is finished for the day.) Expecting your court date possibly to finish late can help you schedule the rest of your day. Ask your lawyer how late your court date may go.

What if I get active jail time when I did not even expect a conviction?

Proceeding to trial involves expecting risk. A good Virginia DUI or criminal defense lawyer will fully prepare to minimize adverse risks and to enhance defense advantages. At the end of the day, though, the judge or jury decides on acquitting or convicting, and the judge decides on sentencing. Talk with your lawyer in advance of court about your chances of acquittal and risks of conviction and active jail time and other sentencing elements, and talk with your lawyer about mechanisms to pursue remaining out of jail (through keeping pretrial release conditions the same, or paying an appeal bond) pending an appeal to Virginia Circuit Court from a District Court conviction.

Is the courthouse a hospitable place for DUI and criminal defendants?

Looks can be deceiving. The most kindly and jocular-seeming judge might be the least hospitable judge for a Virginia DUI or criminal defendant. The most irritable and foul-mouthed-seeming judge might be the most beneficial for your defense, at least if s/he is as firm with the prosecution as with the defense. Check with your lawyer about what to be expecting from your judge in your case.

When will I know who my judge is? Will I keep the same judge throughout the entire case?

Expecting your judge’s name before your Virginia DUI or criminal case court date can be an interesting exercise. Some courts freely announce the judge’s name in advance, and in other courthouses you will not know your judge’s name until the court date. Until around a month ago, Fairfax County, Virginia, General District Court judge courtroom assignments were publicly announced on a weekly basis (through a schedule posted on the prosecutor’s office bulletin board, when I felt that the defense side should at least collectively receive its own list as well), and judges tended to rotate monthly from one courtroom to the next, with some exceptions along the way at least a few days each month, and often with unpredictability on when a substitute judge would be sitting. Now no such Fairfax judge’s list is posted. Moreover, earlier in the pandemic, courtrooms for Fairfax General District Court DUI and criminal defendants tended to be announced online at least weeks in advance, whereas recently I am seeing numerous client’s Fairfax courtrooms not being announced until only one to three business days before their court date.

Am I guaranteed getting the judge sitting in my courtroom?

Unless your case is in a smaller Virginia county that only has one judge available for General District Court, you are not assured that the judge in your courtroom will actually hear your case. When a judge sees a clogged case docket in his or her courtroom, s/he might ask if other judges in other courtrooms wish to take some of the judge’s cases. Likewise, judges who get finished with court early in the morning might offer their services to judges whose courtrooms remain very busy. Keep this in mind when negotiating or expecting a resolution of your case, because deciding to go to trial out of the expectation that the sitting judge will rule partially or fully in your favor at trial might fall on its face if you are transferred to a different courtroom.

How should I deal with all these possible challenges and outcomes in Virginia DUI and criminal court?

Expecting the unexpected in court calls for going to court with a qualified lawyer. Fairfax DUI / Virginia criminal lawyer Jonathan Katz has successfully defended thousands of defendants, and the courtroom is his home away from home. Learn the positive difference Jon Katz can make in your case by scheduling a free in-person confidential consultation about your court-pending case by calling us at 703-383-1100.