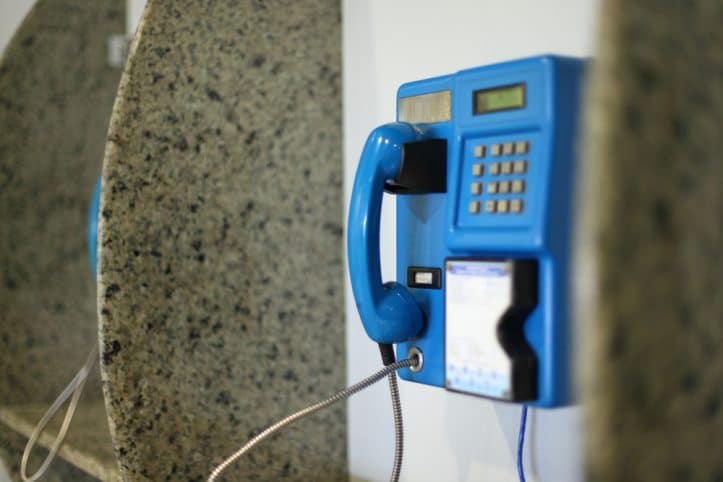 Virginia detainee calls and visits are recorded, monitored and used against you, unless via a secure meeting with your lawyer, says Fairfax criminal lawyer

Virginia detainee phone calls are visits are all recorded unless the discussion is with a lawyer on a designated secure jail phone line or in a lawyer visiting booth. As a Fairfax criminal lawyer, I know that too many inmates lull themselves to thinking they probably won’t get caught when they spew all sorts of self-harmful verbal diarrhea during their phone and in-person visits with friends and family visits. It gets to be intolerable watching your back with your simplest of conversations as an inmate, and it can be tempting for an inmate to pretend s/he is on the outside of the jail walls by not guarding his or her talk. That unguarded talk can come back and bite you so bad in the butt that you may proverbially never be able to sit down again. Just ask Christopher Nolan Vines. Commonwealth of Virginia v. Vines, Record No. 0576-21-1 (Va. App. Feb. 15, 2022) (unpublished).

Virginia detainee Christopher Vines became a pretrial detainee after police found 9-mm ammunition atop the dresser in the bedroom he shared with his girlfriend. In a basked by the dresser and only a few feet from the bed Vines shared with his girlfriend was a pistol of the same caliber as the bullets. This weapon discovery made it certain that Vines would get prosecuted for being a convicted felon in possession of a firearm. Of course Vines helped himself not at all by denying “possessing any weapons and den[ying] that a weapon was present in the home.” Vines.

Clearly having served prison time before, Vines could not have easily forgotten that for a Virginia detainee every moves are watched, recorded and often reviewed. The only consolation there is that even a non-jailed person can’t pick his or her nose on the street and expect it was not picked (I said picked, again) up by someone’s smartphone, door ringer camera, or government-installed camera. But at least unincarcerated people can find places at home and elsewhere where the government will not be recording their words (although Virginia law allows the person you speak with to record what you say, so watch out). Vines probably felt like he was a convicted man unless he fed some codewords to his girlfriend by phone — all recorded and used against him at trial — to cook up a story that she testified to in court that the handgun was not Vines’s, but that of a man she cheated on to get back at Vines for cheating on her. Okay, that desperation, though, did not justify a call Vines had with someone else where he spilled the beans for no apparent benefit other than getting it off his chest:

“I found the pistol, and I put it in the air, and I was like ‘what the f—?’ and the next thing I knew, everybody left out of the f—ing house. And I went into the back room and passed out on the bed with my shoes on. And the police come in there, flashing flashlights, and saying ‘Mr. Vines, you’re not in any trouble; we just want to talk to you.” So I’m like, what? . . . Soon as they grab my arms, I’m like m—–f—–, I’m going to jail.” After letting the F-bomb’s fly in that phone call, it was Virginia detainee Vines himself that got f’d with his own words.

Desperation further followed Vines, with only the ability on appeal to challenge sufficiency of the evidence

Having been caught admitting by jail call to his knowledge of the presence of the pistol in the bedroom he regularly slept in, Virginia detainee Vines was left on appeal only able to challenge the sufficiency of the strong evidence against him regarding of possession of the firearm, that was sitting on the floor within feet of his bed as plain as day, not to mention that ammunition of the same caliber was sitting atop the nearby dresser. As Vines confirms the governing law on this appellate possession issue: “‘A conviction for the unlawful possession of a firearm can be supported exclusively by
evidence of constructive possession. Evidence of actual possession is not necessary.” Rawls v. Commonwealth, 272 Va. 334, 349 (2006). ‘To establish constructive possession,’ the Commonwealth had to ‘present evidence of acts, statements, or conduct by the defendant or other facts and circumstances proving that the defendant was aware of the presence and character of the firearm and that the firearm was subject to his dominion and control.’ Id. Possession ‘may be joint’ and ‘need not always be exclusive. The defendant may share [the weapon] with’ others.” Consequently, even if the 9-mm firearm’s source was the man who purportedly visited Vines’s bedroom, the clear visibility of the pistol on the floor by his bed together with his phone admissions, spelled a huge uphill battle towards any hope of acquittal.