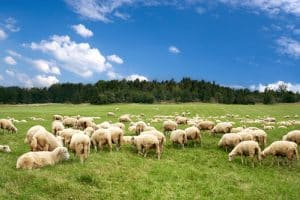 Animals of the non-human variety sexually attract some humans, which is a condition known as zoophilia. As a Virginia criminal lawyer, I know that in “the Diagnostic and Statistical Manual (DSM-V, 2013), the American Psychiatric Association listed zoophilia as a paraphilic behavior, but not generally diagnosable as a mental disorder.” M. Jenny Edwards, “Understanding Bestiality and Social Responses to Offenders”.

Regardless of how much psychological professionals will or will not view zoophilia as a psychological disorder, lawmakers and society in general will continue to view human sex with non-human animals as a form of animal cruelty and immoral activity that will be criminalized.

Virginia criminalizes bestiality, as follows: “If any person carnally knows in any manner any brute animal or voluntarily submits to such carnal knowledge, he is guilty of a Class 6 felony.” Va. Code § 18.2-361.

Lawrence v. Texas should not be expected to be seen by the courts as protecting human sex with non-human animals, because the courts are not going to see non-human animals as able to provide such consent. Nor should Lawrence be expected to erode laws criminalizing sexual activity with minors, seeing that Lawrence focuses on (1) private consensual sexual activity among (2) adults, whereby the courts are not about to see minors as able to provide such consent.

Bestiality is a felony offense in Virginia. This month the Virginia Court of Appeals denied a criminal defendant’s argument that Lawrence somehow permits a human to engage in bestiality without risking criminal consequences. Warren v.  Virginia, ___ Va. App. ___ (Jan. 15, 2019).

Fairfax criminal attorney on solutions for those with zoophilia

It is not a crime merely for a person to be sexually attracted to animals. It is the action of the human that makes the difference. Furthermore (while I do not want to encourage anyone to do so), the First Amendment protects against the criminalization of filming animal cruelty and possessing such images. With such activity being a crime — and being a risk to one’s reputation and a risk of being subject to ridicule with no viable movement to excuse such activity — any person with such attraction can be well served by seeking psychological counseling on the matter. Certainly such counseling might serve a bestiality criminal defendant well for negotiating their case and for any sentencing.