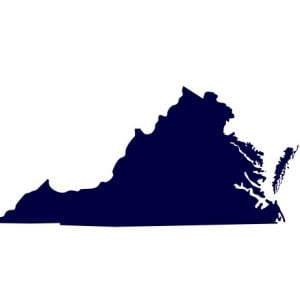 Bench pushback is here in Northern Virginia, where judges will not automatically rubber stamp mutually agreed requests to dismiss criminal charges nor mutually agreed sentences and suspended imposition of sentence terms and conditions. Some judges will even ponder from the bench about whether certain prosecutorial leniency is wise. As a Fairfax criminal defense lawyer, I know that the Democratic primaries that unseated the entrenched prosecutorial regimes in Fairfax County and Arlington thus far — in my experience and from communicating with colleagues — have amounted to prosecutor offices that answer more to their entire constituency, rather than only to police, to victims’ rights groups, and to alleged and actual crime victims. The Loudoun County commonwealth’s attorney’s office is also a more hospitable opponent to defend against than under the prior chief prosecutor. Consequently, it remains important for any criminal defendant timely to obtain a qualified lawyer.

Why judges might wish to limit bench pushback to prosecutorial leniency

The new Northern Virginia chief prosecutors are not being more lenient to criminal defendants (and that is only in limited circumstances) and user-friendly in order to create a lawless society. Instead, dismissing simple marijuana possession and being sensible about other less serious crimes reduces racial disparities in prosecuting such crimes, and frees up limited police, prosecutorial, bench. and budgetary resources to address more serious crime, and fairly to address crime and the presumption of innocence, and to do so Constitutionally, and efficiently. Providing criminal defendants with expanded and timely discovery/evidence by prosecutors makes the criminal justice system fairer and instills more public confidence in this system that any person can get caught up in at the blink of an eye, whether they are innocent or not. Finally, when prosecutors speak agreeably with criminal defense lawyers and defendants even when disagreeing, that is not weakness, but instead fully complies with the very civility that is demanded of all Virginia lawyers, and comports with public servants serving the public, and not the opposite.

Recently, a Fairfax County police officer told me that the county commonwealth attorney’s change this year in dismissing most adult simple marijuana possession prosecutions has not changed police practices with cannabis law enforcement. Granted that Virginia commonwealth’s attorneys do not run police departments, but the two agencies need to work cooperatively together, and then members of the bench may also provide less pushback. Police will help reduce heavy court dockets and significant prosecutorial caseloads by issuing warnings to people whose marijuana cases will get dismissed in court, just as police will sometimes do the same with people exceeding the speed limit.

Beware federal and other Virginia counties’ approaches to marijuana possession

None of this article is meant to encourage committing any crimes. Furthermore, marijuana is still being prosecuted on federal property, and not all Virginia county prosecutors (nor necessarily Northern Virginia city and town prosecutors who operate independently from county commonwealth attorneys) are going to be lenient with marijuana.