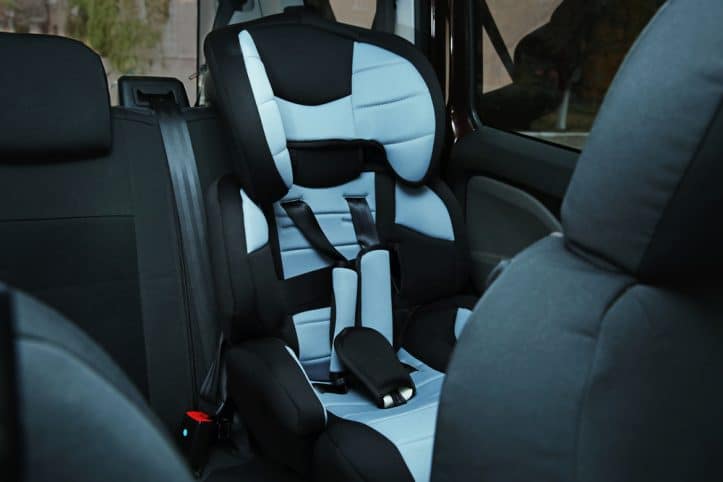 Combating Virginia DUI charges is essential. A Virginia DUI conviction means the loss of one’s driving privileges, the need to complete the Virginia Alecohol Safety Action Program, and possible jail time. As a Fairfax DUI lawyer, I know that such a prosecution is made more challenging when the defendant had a child passenger at the time of the incident.

What extra penalties does a Virginia DUI defendant risk if a minor passenger was present in the car? Combating such a charge pays off in court recently

First, if Virginia DWI is committed when one of the passengers is under 18 years old, a mandatory minimum penalty of five days in jail applies. Virginia Code § 18.2-270(D). Such a defendant might also be charged with the statute applicable to an adult who “willfully contributes to, encourages, or causes any act, omission, or condition that renders a child delinquent, in need of services, in need of supervision, or abused or neglected as defined in Virginia Code § 16.1-288.” Virginia Code § 18.2-371. With such potential penalties, it is very important to obtain the right lawyer at the early stages of your case.

Finally, if the defendant is a parent, s/he may be charged under the statue that: “Any parent, guardian, or other person responsible for the care of a child under the age of 18 whose willful act or omission in the care of such child was so gross, wanton, and culpable as to show a reckless disregard for human life is guilty of a Class 6 felony.” Virginia Code § 18.2-371.1. This being a felony charge, combating such a criminal accusation is all the more essential.

Is DUI with an underage passenger automatically contributing to the delinquency of a minor?

Kerry Ann Spell’s minor daughter was so scared aabout Spell’s erratic driving behavior that she called relatives and then the police through the 911 emergency system. Not long after, Spell arrived home, and nothing further happened other than for Spell to have been investigated for violating the Virginia DUI law. Spell registered zero for blood alcohol content, but did have in her bloodstream a “minimal dosage of the prescription drug Lorazepam,” which is a Schedule IV drug , and is used for seizures. Spell v. Virginia,  ___ Va. App. ___ (Dec. 15, 2020). Combating such a charge is vital.

Praised be the Virginia Court of Appeals for reversing Spell’s delinquency contribution conviction, concluding: “Because the Commonwealth’s evidence was insufficient to prove that K.S. was a ‘child in need of services’ as contemplated by Code § 18.2-371, we conclude that the jury’s verdict convicting Spell of contributing to the delinquency of a minor was ‘plainly wrong [and] without evidence to support it.'” Spell. Spell’s success in combating the delinquency charge against her is worthy of celebration.

Could Spell have been convicted for felony reckless endangerment of her daughter?

Because the evidence was insufficient to convict Spell of contributing to her daughter’s alleged delinquency, that should have precluded a conviction for reckless endangerment of Spell’s child, had Spell been charged with that felony, which she was not. Instead, Spell apparently did not pursue combating her Virginia DUI conviction on appeal, which she should have, where, as here, the evidence was insufficient to prove by proof beyond a reasonable doubt that Spell was under the influence of drugs at all, not only because only a minimal dosage of Lorazepam was found, and ordinarily it is not possible to correllate between drug levels in one’s bloodstream and impairment.

What should you do if charged with Virginia DUI with a minor passenger?

If you find yourself charged not only with DUI but with one or more additional counts for a minor’s presence while you drove, it is time for you to start combating the prosecution, and to obtain a qualified lawyer to defend you. Fairfax DUI lawyer Jonathan L. Katz has successfully defended hundreds of DWI defendants over many years. For a free in-person strictly confidential consultation with Virginia DWI lawyer Jon Katz about your court-pending case, please call Jon at 703-383-1100.