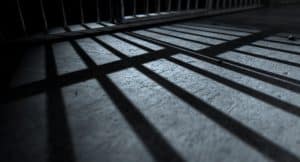 Confessing crimes is what police want from suspects. As a Fairfax criminal lawyer, I know that silence is golden, and that criminal suspects are playing with fire to talk with police — if at all — without the presence and assistance of a qualified lawyer.

Miranda warnings about a police suspect’s right to remain silent and to consult with an attorney do not require word-for-word adherence to the language in Miranda rather than effectuating Miranda‘s equivalent, with a confessing defendant. This week, the Virginia Supreme Court confirmed the same, as follows:

“The Supreme Court has never prescribed to precise words that must be used in conveying the Miranda warnings to a suspect. No ‘talismanic incantation’ is required. Warnings expressed in language that is a ‘fully effective equivalent’ of the warnings expressed in Miranda will suffice. California v. Prysock, 453 U.S. 355, 359-60 (1981).” Spinner v. Commonwealth of Virginia, ___Va. ___ (May 30, 2019).

Police are foolhardy to ever deviate one iota from the pre-approved warning language in Miranda. Nonetheless, any such deviation does not automatically translated into relief for the defendant. It is certainly troubling that when initially telling the not-yet-detained — and ultimate confessing — Spinner (in this murder case) of his Miranda rights, Investigator Milnor included the following ambiguous italicized language: “If you cannot afford to hire a lawyer, one will be appointed to represent you before any question and if you wish one. And I always caveat that with: ‘If you’re charged with a crime.’ You can decide at any time to exercise any of these rights and stop answering questions or to stop answering—making any statements.” Spinner.

That foregoing ambiguous italicized language could be misinterpreted by the ultimately confessing suspect as meaning that the right to remain silent and to have an attorney present only applies once a person is formally charged with a crime, which simply is not true. The Virginia Supreme Court found no remedial error from such language, agreeing with the Virginia Court of Appeals that “it accurately describes the Virginia procedure for the appointment of counsel required by Code §§ 19.2-157 to 19.2-160.” Spinner.

Silence so often spells the difference between a criminal suspect’s conviction and liberty. To roll the dice with this truism is foolishness.