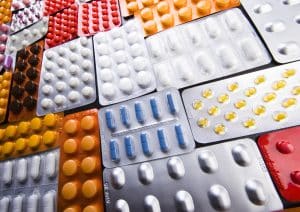 Impairment cannot usually be established by blood drug levels. As a DUI attorney in Fairfax, Virginia, I know that the totality of the circumstances must be considered in determining whether a DWI defendant has been proven guilty beyond a reasonable doubt, rather than resorting to the overly facile approach of looking at blood alcohol and blood drug levels.

Impairment should not be dictated by per se DUI laws, but those laws too often command that

Additionally, the Virginia Department of Forensic Science toxicologist who examines the blood of a DUI-drug defendant might sometimes agree on the witness stand on the limited causation between blood drug levels and driving impairment, and might also confirm that the level of prescription-type or over-the-counter medicine in the particular defendant’s bloodstream (at least if taken as directed) is of a therapeutic and not impairing level.

Rather than hoping that the DFS toxicologist (who is a Virginia state employee) will provide any testimony beneficial for the criminal defendant, it is best for a Virginia DUI defendant to consider the option of hiring a private forensic toxicologist to testify about the weaknesses of post-arrest testing for alcohol or drugs in the defendant’s blood or breath. I have repeatedly used the services of such private toxicologists, often with beneficial court results.

Because of the serious penalties for a conviction for driving under the influence of alcohol or drugs, it is important to not get behind the wheel within twenty four hours of consuming alcohol, not to drive at all for a long time after consuming illegal drugs, and to consult with one’s physician about any possible driving impairment from driving after taking medication.