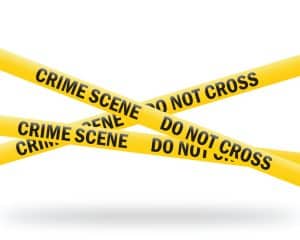 Harmless error findings on appeal from a criminal conviction can preclude obtaining appellate relief. As a Fairfax criminal lawyer I know that trial victory is better than waiting for the long process in the Virginia Court of Appeals or commonwealth Supreme Court to see whether the criminal defendant’s appellate arguments prevail.

Braulio Marcel Castillo learned that the hard way, when the Virginia Court of Appeals this week, partly based on harmless error caselaw, affirmed his murder and breaking and entering conviction for the homicide of his estranged wife who was already got the right to live in the family home, and sought substantial monthly spousal and child support payments in the divorce action.

As a Fairfax criminal attorney, I know that breakups of marriages and longterm romantic relationships sometimes brings out the worst in one or both members of the ex-couple, and Castillo’s case is one of them. Castillo v. Virginia, ___ Va. App. ___ (June 4, 2019). Castillo had a judicial protective order against him, not to contact his wife nor enter the family home. He was obsessed over his estranged wife’s dating habits and turned his anger on his very young son when the son declined to provide him the security system passcode for the home where Castillo’s wife and their minor children lived.

The prosecution argued that Castillo entered the home, beat his wife to death, hung her from the shower rod in an amateurish way at best to make it look like suicide. Castillo had visible facial wounds once police saw him after the homicide — suggesting wounds from a struggling victim — and he had to call his dentist soon after the incident to ask about fixing damage to his mouth. Harmless error caselaw did not assist his appeal.

Castillo’s criminal defense lawyer raised several good arguments on appeal, but each got shot down. As a Fairfax criminal lawyer, I know that an appeal to the Virginia Court of Appeals or state Supreme Court is essential after a Circuit Court trial loss, and that the harmless error legal hurdle needs to be kept in mind. Here, the appellate court rejected such arguments from Castillo as an asserted Fifth Amendment violation when the trial court allowed the detective to testify that Castillo made no reaction nor inquiry when police told the then-unarrested Castillo that his wife was dead. The appellate court found harmless error analysis precluded any relief on that argument, having found overwhelming evidence of Castillo’s guilt.

Beyond harmless error rulings, Castillo also got his appellate arguments shot down about the trial judge’s refusal to strike one juror who was crying loud in the jury room after Castillo’s minor son testified, and a juror who confirmed his suspicion that a neighbor’s possible suicide was actually at the hands of her husband. The Virginia Court of Appeals found that to have been an exercise of sound judicial discretion after inquiry of both jurors.

Castillo likely will seek further appellate relief in the Virginia Supreme Court. Based on past rulings from that court, I do not anticipate his chances of relief are very good in that court, particularly when considering the rules governing harmless error and sound judicial discretion.