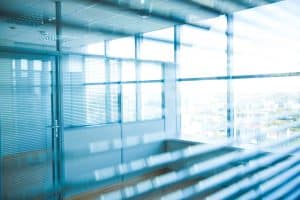 Daylight so often lacks in police encounters with suspects. As a Fairfax criminal lawyer, I know the power of simply shining the light of day on an opposing witness and on the prosecutor’s words.

Daylight, truth and skill disinfect activities in the shadows

Many years ago, I was driving home, alone, down a dark, nearly empty road. All of a sudden, I saw a car was tailgating me, hours before daylight. By then, I knew the futility and wrongheadedness of showing anger to anyone who does that,. Instead, I opened my window and gently motioned the tailgater to create some distance. The tailgater responded by turning on his emergency lights; it was a police car.

Granted, in retrospect I did not help matters when — wanting to simply get home to sleep — I thought I would chat up the cop by greeting him, asking his name, and saying I probably had seen him in court in my role as a criminal defense lawyer. He seemed to take that as a challenge to the authority he wanted to assert, away from the daylight. He accused me of crossing the yellow line and almost striking him, and said he had to U-turn and follow me. He started asking me where I was coming from and going to, and I told him I would not be answering any questions other than giving me his name, rank and serial number. The police officer responded that we were not in the military. However, by his approach, he could have fooled me.

The police officer called for backup, before his department was using dashcams and bodycams in place of daylight, possibly wanting a witness in case I complained about his behavior. He asked me how many beers I had, in a futile attempt to turn this into a DUI or other prosecution that it was not. That was a hoot of a question. I was a raw vegan eater at the time to shed and keep off excess pounds, and beer, wine and alcohol never struck me as raw. He asked me the same thing again, and against my own advice to assert their right to remain silent when an actual or possible police suspect, I opened my winter coat, and said that this small waste could not have been possible had I not only been consuming raw items.

During this lack of daylight, the cop eventually called me over to the back of his cruiser, had me sign my ticket for crossing a yellow line, and proclaimed: “I don’t know how good a judge of character you are, but some police officers would not have stood for the way you have dealt with me tonight.” Considering that the officer had a badge, gun and power of arrest, I kept my response silent, which was: “Gee oficer, are you suggesting that some officers would engage in pistol whipping for such a minor alleged traffic infraction?”

The light of the courthouse contrasting police actions in the shadows

We need fully functioning and fully recording dash cameras and body worn cameras for all their interactions with criminal suspects and traffic violation suspects, to bring police activity into the daylight. Had this police officer been outfitted with such recording device(s), he probably would not have given me the post-ticketing lecture about how other police might have treated me, when all I did was to decline answer most of the cop’s questions and to open up with suggesting we had probably seen each other in the courthouse.

The police officer and I showed up for court on my trial date, in daylight. The police officer thought it worthwhile to tell the judge I said I would only provide my name, rank and serial number, and that he replied that we are not in the military. I objected that refusal to speak with police is inadmissible at when the criminal rules of procedure apply as they apply for traffic infraction trials here. The judge — who knew me well from the many times I had defended before him — sustained my objection, but then leaned forward with irrelevant curiosity, and asked if I had indeed served in the military.

What a stark contrast between the police officer’s warning me on the scene about how other police officers might have reacted to me, and his realizing that on the witness stand, the cop was limited simply to telling the facts, even though I disagree that I crossed the yellow line. (As an aside, my defense was my argument (I declined testifying) that the officer was mistaken about whether I had crossed the line.) The judge found me guilty, assigned a small fine, and that was the end of that.

Making our eyes the daylight

One Saturday night, I stood and shook my head that a police officer was wasting limited police resources and unnecessarily humiliating two apparently underage suspects by having them pour out bottle after bottle of perfectly good beer on the ground, I suppose as an alternative to being charged with underage possession of alcohol. The cop turned to me and barked: “What’re you looking at?” I replied: I am looking at a disgraceful use of the uniform.” The cop was unable to muster any better retort than that I should mind my own business. But it is the business of the public to witness the actions of police, praising the good actions and calling for the elimination of bad police actions.

Using the light of the law, the facts, and reality to overcome the darkness of police who view certain defendants as scum meriting a conviction

Yes, plenty of police bear no ill will, and sometimes even true friendliness, towards their arrestee that they now want convicted and sentenced. However, many police have tried belittling my clients as scum, ne’er do wells, and deserving of a firm judicial penalty. In the right criminal defense lawyer’s hands, the law, facts and reality are the daylight for pursing victory.

Posted in Criminal Defense and tagged Criminal Trials, DUI, Fairfax criminal lawyer
← Trespassing conviction may not bar a burglary prosecution in VirginiaHecklers are not the judge nor jury says Fairfax criminal defense lawyer →